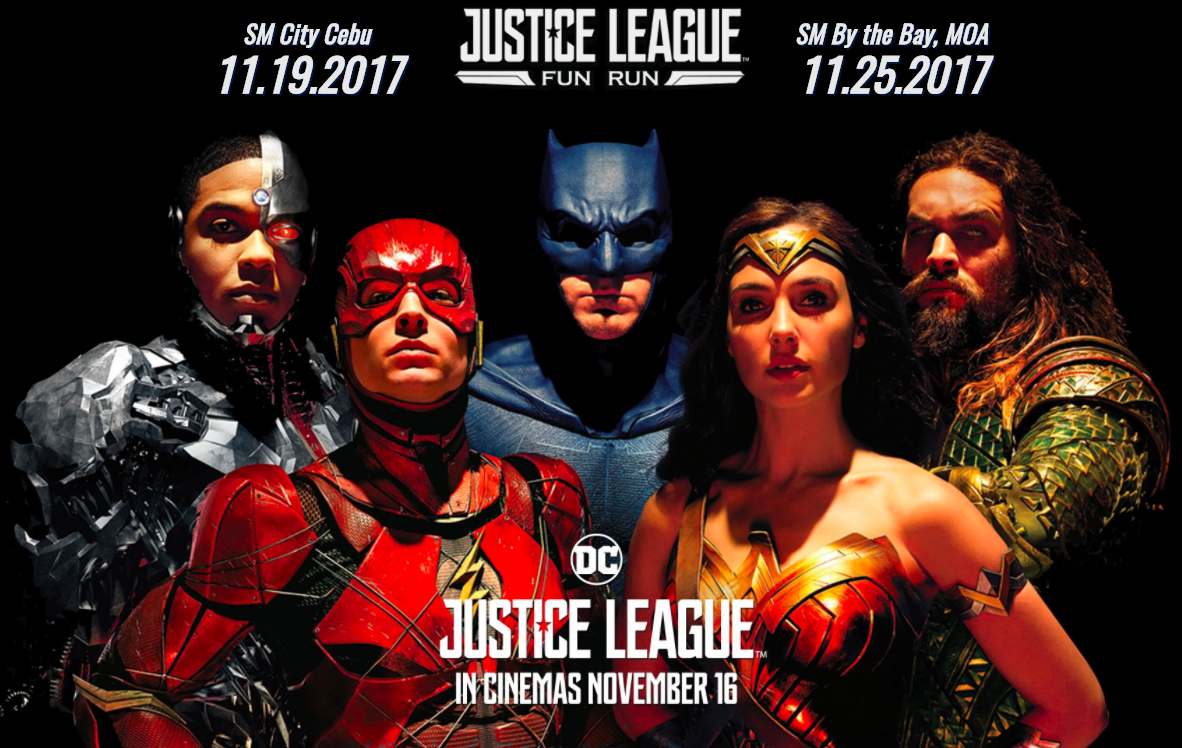 This is my favorite time of year — not only because it’s gotten cool enough to run comfortably in the mornings, but also because so many awaited films come out around the holidays. Ever since Wonder Woman wowed audiences earlier this year (later on breaking records as the highest-grossing superhero origin film), I have been waiting for Justice League with bated breath. So when November rolled around, I was like, “It’s Justice League month!”

In line with the worldwide premiere of Justice League on November 16, Global Procurement Inc. is staging the Justice League Fun Run on November 19 in Cebu (SM City Cebu) and November 25 in Manila (SM Mall of Asia). This fun run offers 3K, 5K, and 10K distance categories.

Of course, this is an officially licensed DC Comics-Warner Brothers event and movie tie-in, so the goodies in the loot bag (including the Justice League branded drawstring bag) are legit. The singlets themselves are works of art: pick from the Flash, Superman, Batman, Wonder Woman, Cyborg, or Aquaman.

You also get a second piece of the costume, such as Batman and Flash masks, Superman cape, Wonder Woman cuff, Cyborg baller band, and Aquaman tattoo arm sleeves. Finishers will also receive special edition dog tags supplied by Silverworks. All categories are chip-timed and photographers will be stationed along the route and finish line.

my media kit also came with a Superman singlet from the Batman vs. Superman Run last year