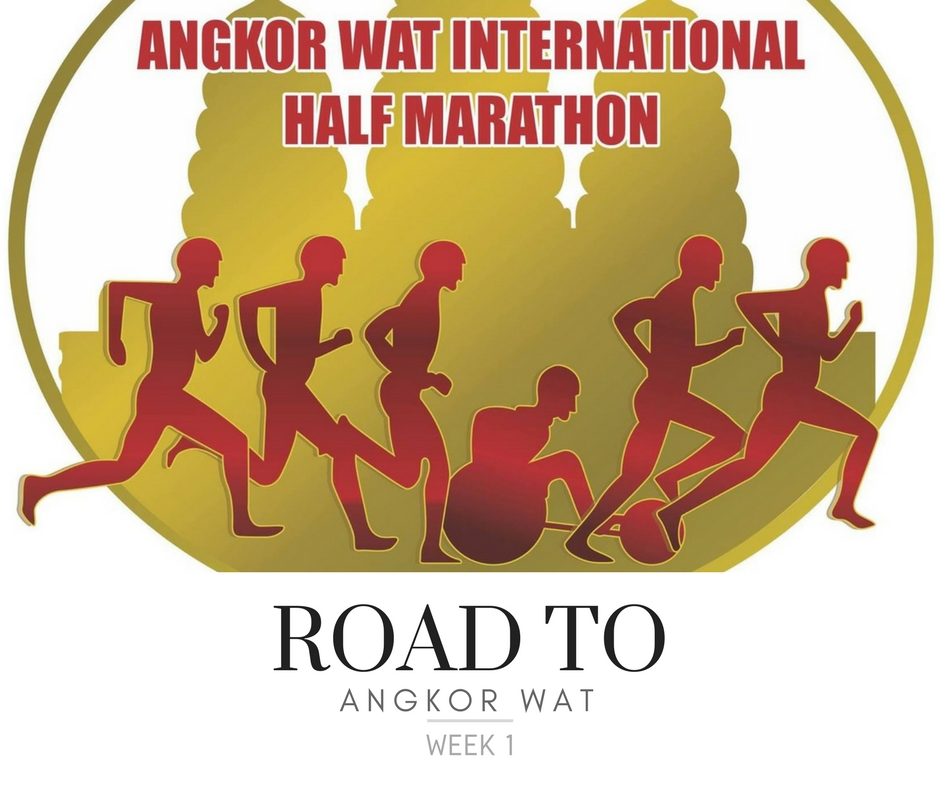 It still feels quite unreal to me that I’ve been invited to run an iconic race by the end of the year. A few months ago, Manulife reached out and asked if I’d be interested in running the Angkor Wat International Half Marathon on December 3. A few of my running friends have done this event, which is one of two long-distance races held in Angkor, Cambodia. What other answer could I have given except for “Yes”?

The Angkor Wat International Half Marathon was first organized in 1996 by the first Japanese woman to win a marathon medal in the Olympics, Yuko Arimori. The 22nd edition is organized by the National Olympic Committee of Cambodia, Association of Athletics Federations Cambodia and Cambodian Events Organizer Co. Ltd. and title-sponsored by Manulife for five years until 2019, this event is recognized by AIMS and hosts thousands of runners every year. It raises relief for the victims of antipersonnel mines in Cambodia and actually has a 21K Wheelchair category and a 10K Artificial Arm/Leg category. There is also a 3K Family run.

Registration closes on November 1, so there’s still time to join! Register here and book your direct flights on Cebu Pacific.

I’m staying at the Le Meridien Angkor with the rest of Team Manulife. Le Meridien has a great deal for the race, with 5% off their best available rates, round-trip airport transfers, daily breakfast, light breakfast+post-race breakfast, free shuttle to and from marathon registration and race venue, free tourist SIM card, and 15% discount on hotel restaurants and spa services. Check this Le Meridien Angkor offer out here.

I have long been considering a personal trip to Siem Reap, Cambodia inspired by my friends over at The Poor Traveler, so this trip gives me not only an opportunity to see a UNESCO World Heritage site, but also to race around it! This will also be a nice way to cap 2017, which I began with a half-marathon (HCMC Run).

I can currently ride my bike for two hours indoors and most of my runs have been about an hour long. This means I have a pretty good aerobic base I can build on with some focused work in the next eight weeks. I will probably be focusing on endurance rather than speed during this period because I’ve been advised (by Franc Ramon) not to rush the half-marathon and enjoy the sights. However, this doesn’t mean I won’t try to finish the race in a respectable time for my (growing) level of fitness.

So here’s my plan of action over the next eight weeks. This coming weekend I have the Nutrilite Health Run 10K, so there I’ll be testing my fitness for distances longer than 5K. Thereafter, I’ll start doing my long runs on weekends in the mornings outdoors so I can lift my mileage and time on feet. (I absolutely hate the treadmill for running longer than one hour.) During the week I’ll start doing some tempo efforts on treadmills and will be swimming for recovery. I’ll also hop on my bike for big gear efforts once a week so I don’t lose leg strength, but definitely bike riding will take a back seat in my running-specific training.

Having this to focus on is also a great way to start a new phase in my life. I’ve been privileged to work on Super League Triathlon for the first two of their events and pretty much helped build their website content from the ground up. Now it’s time for me to move on, confident that my contributions to that project have given it a great start.