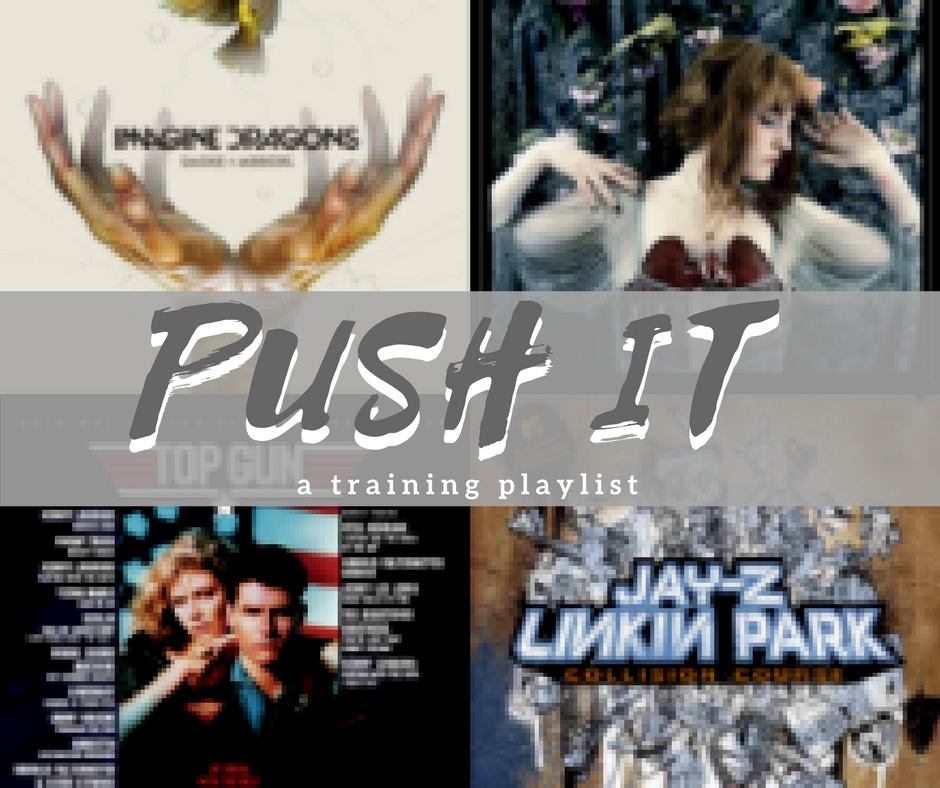 Can I just say, I love Spotify? It is my constant companion during my workout and training sessions these days. Songs playing in my ears (thanks to my Under Armour JBL Bluetooth earphones) help me either tune out the boredom or focus on pushing harder.

While I have my own go-to custom playlists depending on what kind of training session I’m doing, it’s always refreshing to come up with a new mix. This latest one I’ve created on Spotify is called “Push It” and is one of my most eclectic playlists to date.

My past playlists have been heavy on the EDM which I really enjoy when I’m running or cycling, but I’m aware not everyone enjoys listening to that genre of music. Since I’ve also been doing a bit more crosstraining, I’ve found that lyrical pop, rock, and rap songs help me push better. So that’s been a major influence on this new playlist which features a lot more music from real instruments and bands rather than a drum machine and synthesizers.

I’ve taken some suggestions from followers into account. One of my Endure teammates RJ said he usually starts with the “Top Gun Anthem”. Since I couldn’t quite fit it into the theme of this playlist, I took “Danger Zone” from the Top Gun soundtrack instead.

The songs on this playlist hop from decade to decade and genre to genre. Those of you who listen to classic rock might like the Led Zeppelin, Queen, and AC/DC tracks I’ve included. I also have Linkin Park in here — RIP Chester Bennington. Two different rappers make their appearances, and there’s a little orchestral interlude surprise I really like.

This playlist is meant to be played in order from start to finish, as I think the songs might be too disjointed when played in shuffle mode. (Imagine really getting super pumped and then suddenly a slow song plays. Totally demotivational, bro.)

I’ve added enough songs so that the playlist goes on for a little bit over an hour. This should be long enough for most standard workouts and training sessions. I have a separate playlist for long runs and trainer rides and plan on making a new one soon, although these days I prefer watching whole movies instead.

Hope you enjoy this playlist, and let me know what you think in the comments!