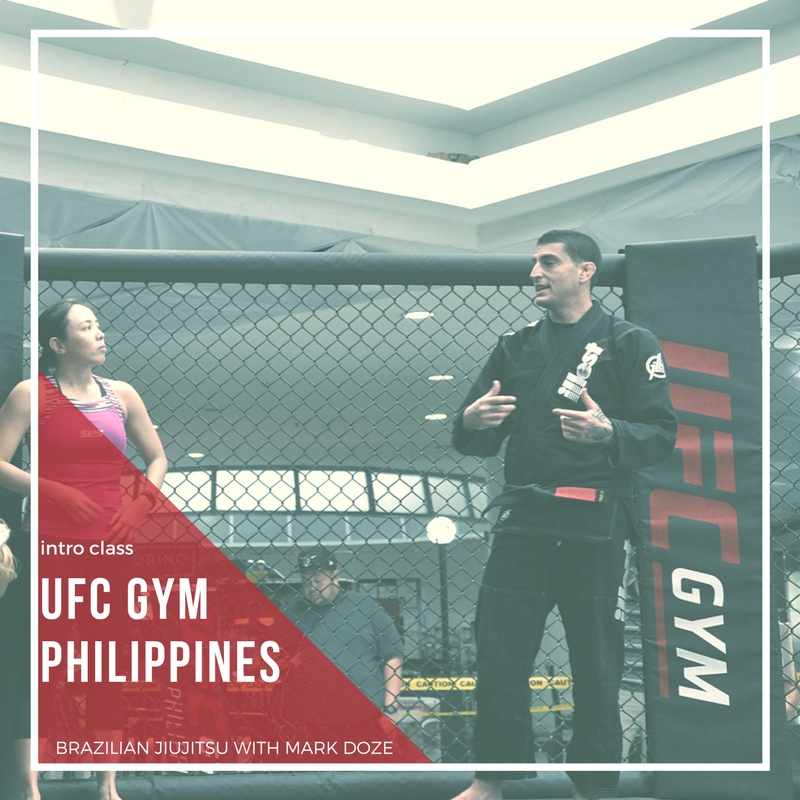 I don’t really watch much TV these days, let alone sports coverage or games. But even in the insular world of triathlon I haven’t escaped UFC — the Ultimate Fighting Championship, which has elevated the profile of mixed martial arts from niche to spectator sport.

When I heard that UFC Gym would be opening branches in the Philippines, though, I began considering what kind of impact such a gym would have on our fitness landscape. Sure, we have boxing gyms that also offer other martial arts on the side like Muay Thai, but the UFC branding would definitely bring a glamorous sheen to combat sports training and attract a different sort of market. 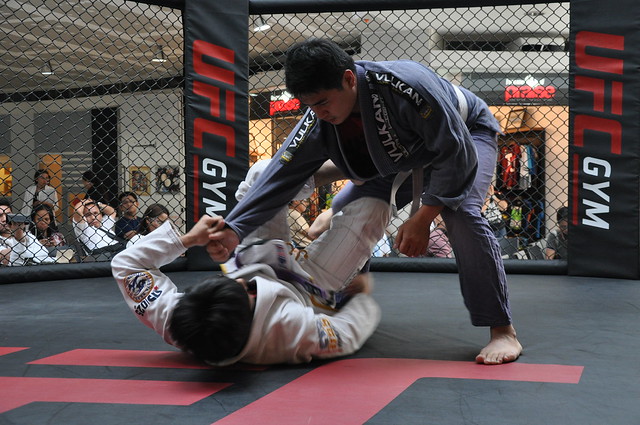 a little demonstration from UFC Gym Philippines in the Octagon

At the same time, UFC Gym would have to be legit, with top experts in each of the mixed martial arts disciplines overseeing the training regimens offered. With the first few branches opening in August, UFC Gym has temporarily set up its Octagon on the 4th Level of Robinsons Galleria where they have started offering introductory sessions to the public and to their pre-selling members.

Lucky me happened to be one of the first participants in UFC Gym’s introductory Brazilian Jiujitsu class taught by their BJJ head director, Mark Doze.

Hailing from San Diego, California, Mark is a grappling coach and a black belt in Brazilian jiujitsu. He was the youngest to open a Gracie Barra BJJ school in San Diego, and comes to Manila by way of Phuket where he was a resident coach at Phuket Top Team, one of the top facilities for Muay Thai and MMA training. You can read more about Mark’s early years here.

I was among fellow athletic women, but I was probably the one with the least combat sport experience. My philosophy has always been to try something out at least once, so I was pretty game to see if I could manage to absorb what we’d be taught that day. 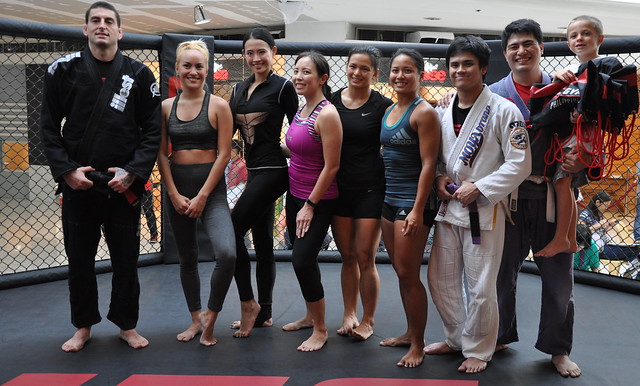 Our Brazilian jiujitsu intro session started with some limbering exercises that looked pretty funny but activated muscles and movement patterns so we could loosen up. Some of these I was already familiar with. The only thing that really daunted me was the back roll given the pressure it could exert on my cervical vertebrae if I did it wrong. I noped out of that one, haha! 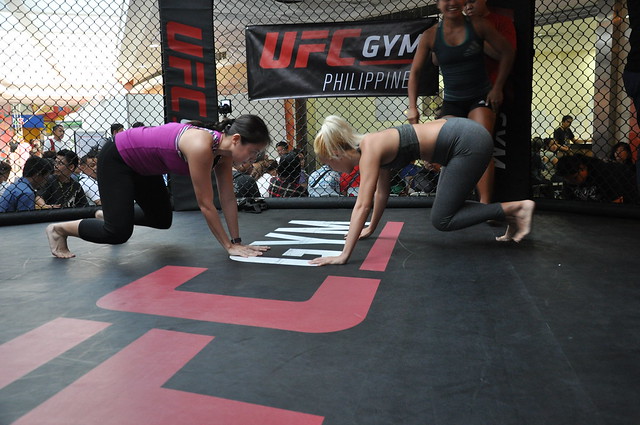 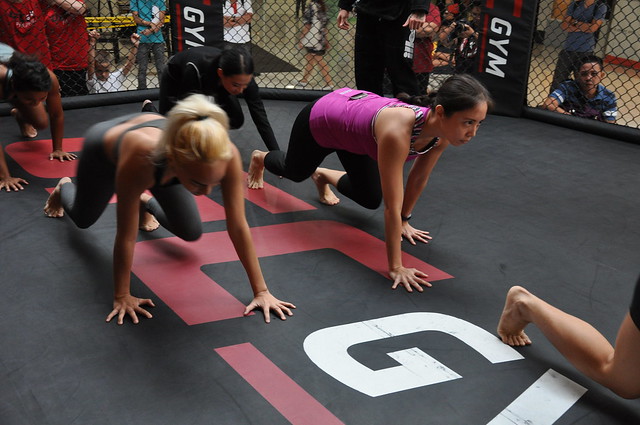 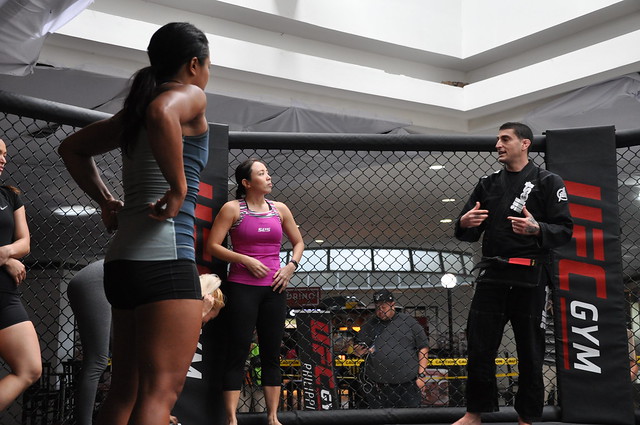 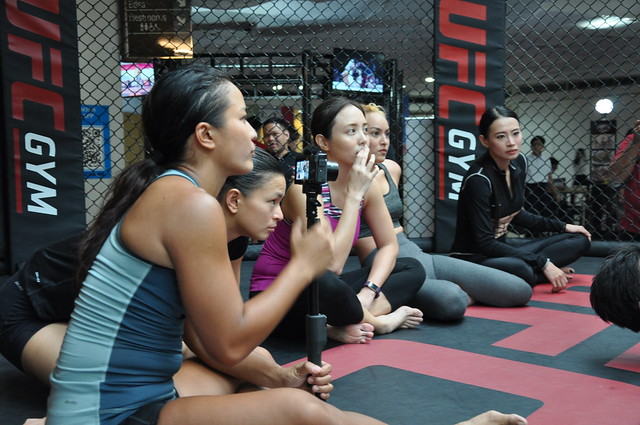 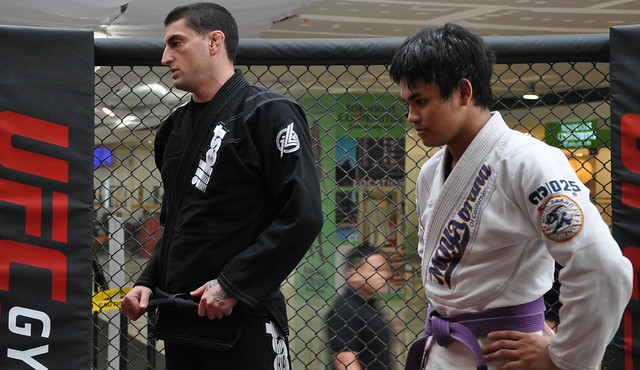 You listen when your teacher is talking

Our lesson for the day involved just two things: a take-down to the mat, and a triangle chokehold in response to it. We learned everything step-by-step, first by ourselves and then with partnering. I was partnered with Janice, who is an international Wushu champion. I truly felt amateurish, and I know I’m not the fastest learner when it comes to moving my body. But I work and practice hard and so by session’s end I kind of got it. 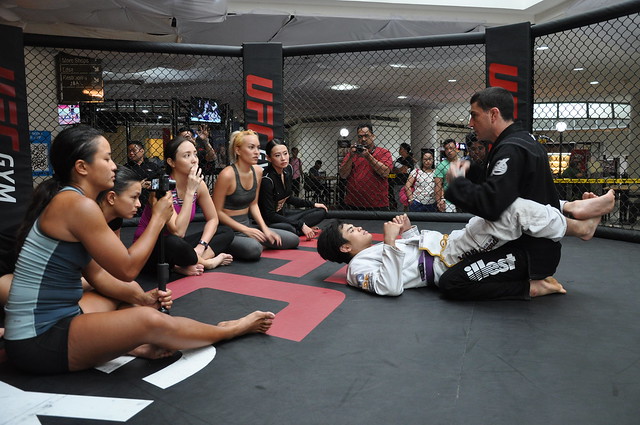 Learning the closed guard for self-defense 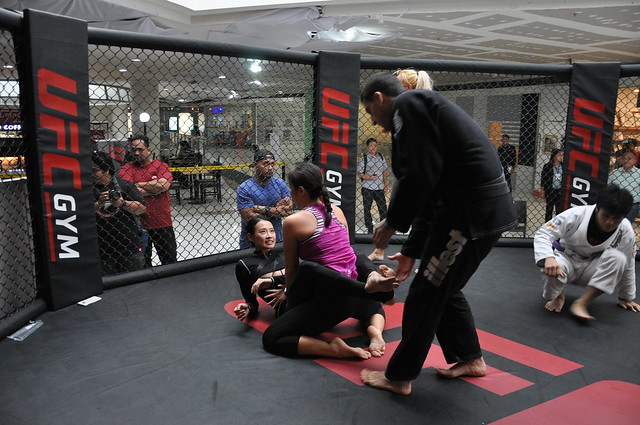 What I like about doing something new is it reminds me I can always learn something new and useful if I can be humble enough and allow myself to fail. (Stop being such a perfectionist, Noelle!)

Though I doubt I will ever pop into an Octagon to fight, Brazilian jiujitsu and mixed martial arts offer fitness, the feeling of accomplishment with every new move learned, as well as valuable self-defense skills that would be handy in dark alleys.

UFC Gym Philippines is a welcome addition to the local landscape, spurring more people who wouldn’t be attracted by the prospect of treadmills and machines to take an interest in their own physical fitness.

One thought on “Intro to Brazilian Jiujitsu at UFC Gym Philippines”