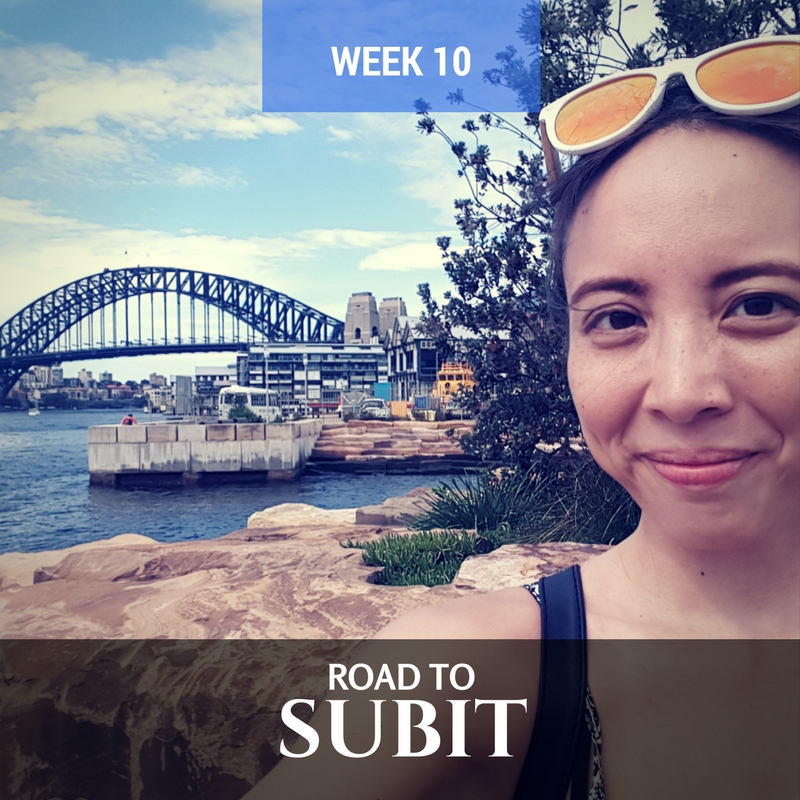 Hello once again, Philippines! I’m so happy to be back home after two long weeks away, and finally getting back into training. I only have four weeks to go until the Subic Bay International Triathlon and suffice it to say I might be underdone. But I have absolutely no regrets about being away for Super League Hamilton Island and then taking the better part of a week to see Sydney, a city I have often read and heard about but had never been to.

I managed to run for about three mornings on Hamilton Island before the realities and stresses of race week set in. While running more would have looked good on my training log, I wanted to make sure I wasn’t shattered by the end of my time on the island so that I could enjoy my planned holiday in Sydney… 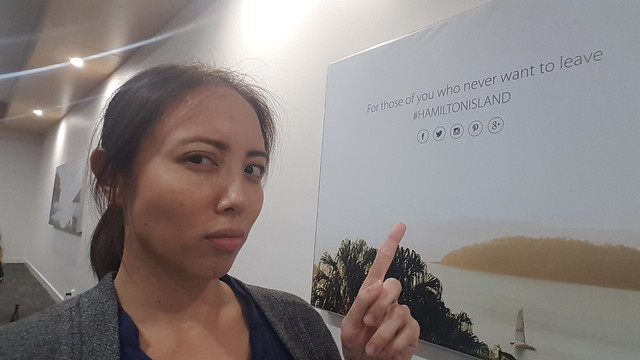 got stuck on Hamilton Island for 10 hours

…which started one day late thanks to Jetstar’s plane computer malfunctioning. Instead of being in Sydney by Monday night via direct flight, we got flown to Brisbane where I would have been stuck for another thirteen hours if I didn’t book myself on one of the last seats on a 5:20am flight to Sydney. Struggling with only three hours of shuteye I nevertheless roused myself to head into the city and meet up with two of my buddies based there. 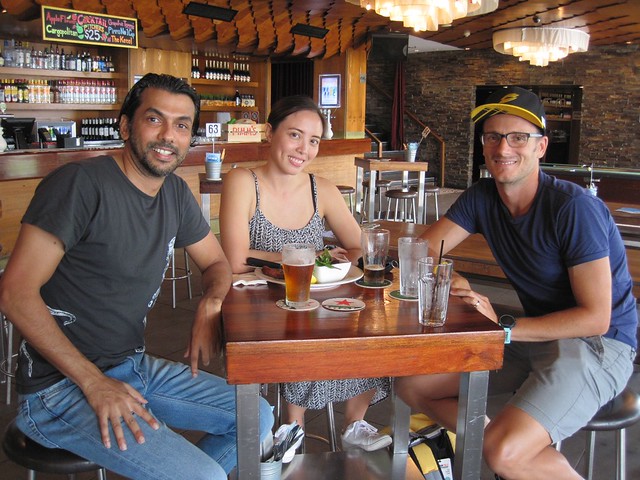 with Subodh Sadhe and Mr. Oz Triathlete himself, Tim Ford

As opposed to sweltering Hamilton Island, Sydney was in the throes of weather change going into autumn, alternating between sunny skies and threatening rain clouds. The temperature was much more comfortable for exercise though, which showed in people out for runs or brisk walks at all hours. I managed to walk all the way from Darling Harbour through to the Rocks without breaking a sweat. 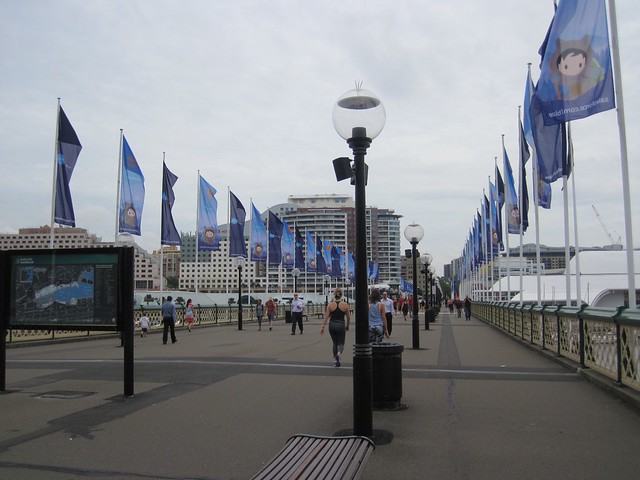 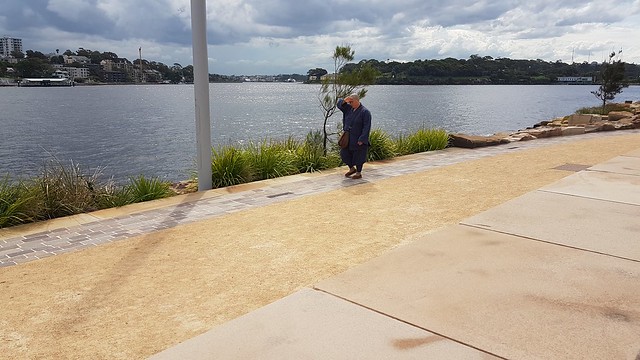 a Buddhist monk walking by 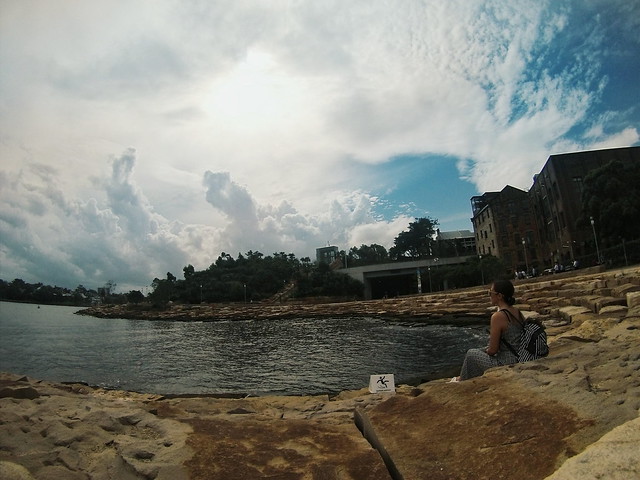 Everywhere is a park free to walk in and hang out at! 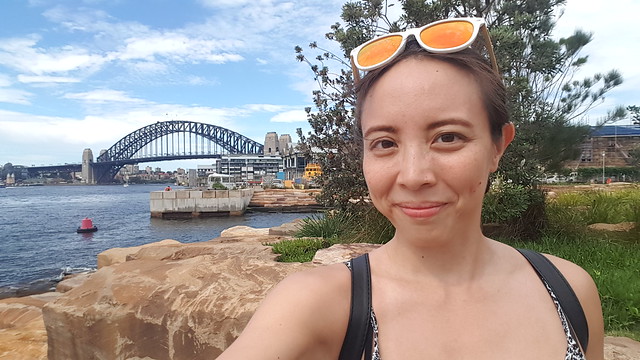 I had another whole day to spend in Sydney before heading home. I went for a jog, then went shopping at Pitt Street Mall, had a coffee, then took a ferry to Cremorne Point, which actually has the best view of the harbour. 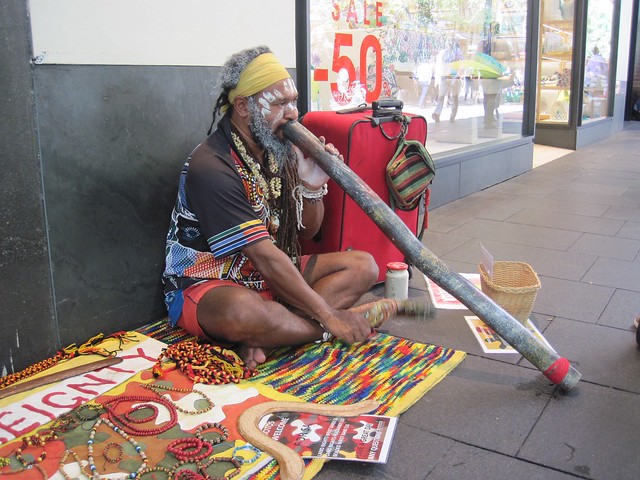 privileged to see this 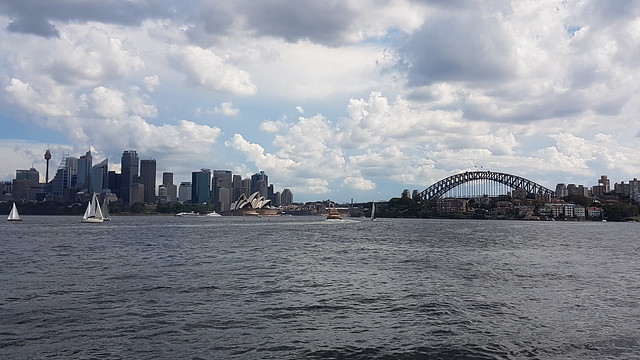 the view from across the harbour 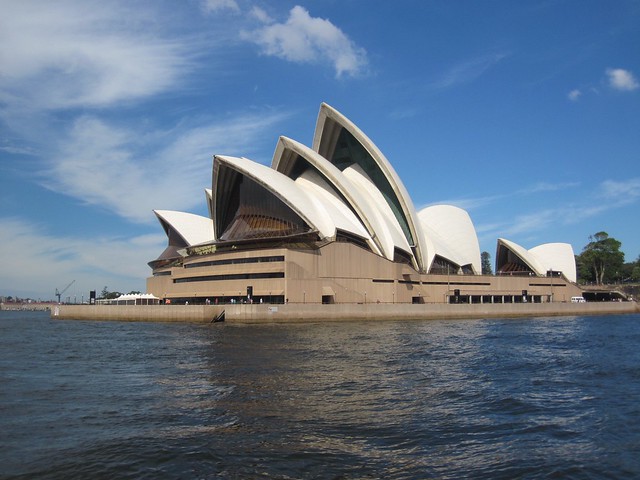 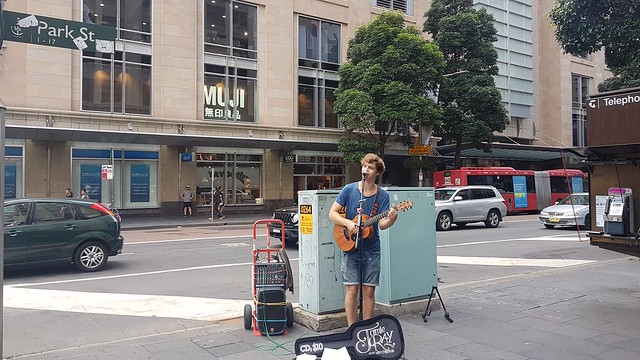 loved all the street performers I came across!

I’m happy that I didn’t fly directly home, but instead was able to shrug off a lot of the fatigue during my half-week in Sydney with a sort of active recovery. I’m positive if I’d gone home, I would have attempted to get back into training immediately, and doing so while still so tired would have set back my health. As it was, I spent the rest of the week sleeping once I’d touched down in Manila. (That did wonders for my jetlag, BTW.)

I’m excited to see how my body responds to a return to training. Lord knows I kind of miss swimming as well.