If you’re now looking of a unique race to join in the next few months, take a look at the Clark Animo Marathon set for March 12, 2017. With distances from 2.5K to 42K, there’s something for every fitness level. 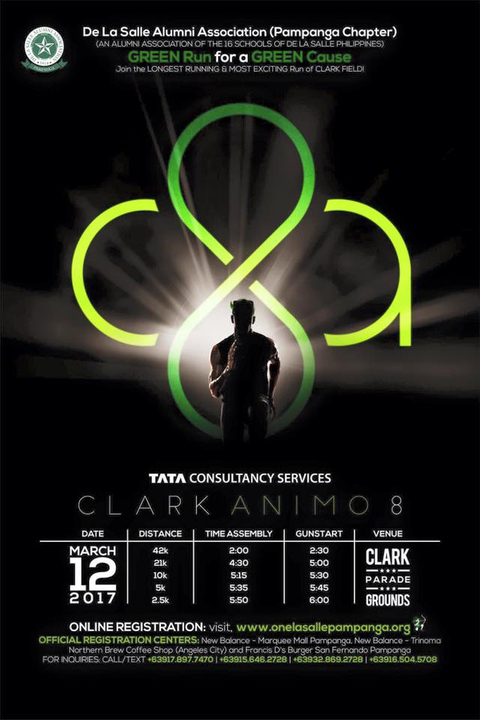 Organized by the De La Salle Alumni Association – Pampanga Chapter, this is the 7th edition of the race, previously named the Clark Animo Run. It’s the third year featuring a marathon distance. This will also be the second year to feature a route passing through the Clark International Airport grounds. (With more flights departing from and arriving into Clark in the coming years, this is going to become a more rare occurrence. Run here while you can ;D)

The gunstarts are quite early, so I recommend taking your family or friends to Clark for the weekend, arriving the day before. Pampanga and especially Clark has some really great restaurants for food-trippers. Kids will have a ball at the Fontana waterpark (even if the casinos are temporarily closed; sorry, grownups!). Nayong Pilipino is also in the area, as are a few other Clark tourist attractions.

The Clark Animo Marathon has always supported charitable causes. Its theme this year is “A Green Run for a Green Cause”, with proceeds from the event benefiting the Angeles City Watershed.