My weeks running with Nike Run Club and the NRC app set me up for a great holiday season of fitness as I start to ramp up training for my Ho Chi Minh 21K run. What I haven’t talked about as much are the sessions I have been doing with the sister app, Nike Training Club.

Nike Training Club is all about full-body functional fitness, and it’s great crosstraining for endurance athletes like me who tend to train only the forward motion using mostly legs.

While I have been using the NTC app since the start of the year, NTC live sessions with an actual coach are something different. Last Friday, I joined a Nike Training Club live session at Kerry Sports in Shangri-La The Fort. 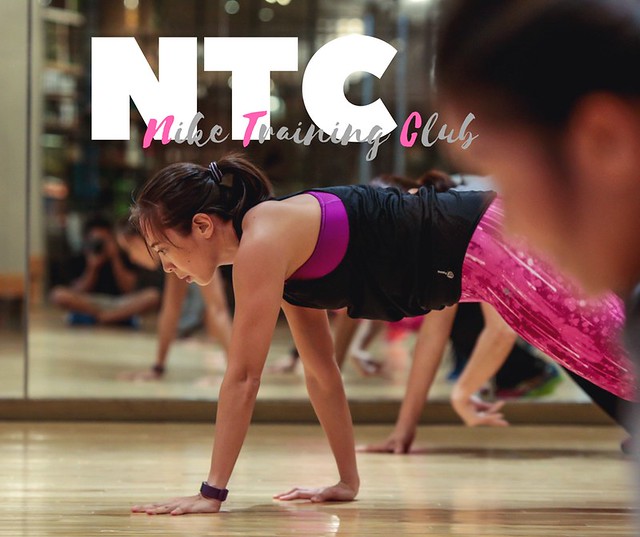 It was actually the culminating event for the NTC Holiday Challenge, which had been running alongside our NRC Holiday Challenge. The women gathered here had been tasked to use the NTC app and its built-in training programs for a month. Me? I just wanted a good workout especially after a tough and stressful week trying to get Coldplay tickets. 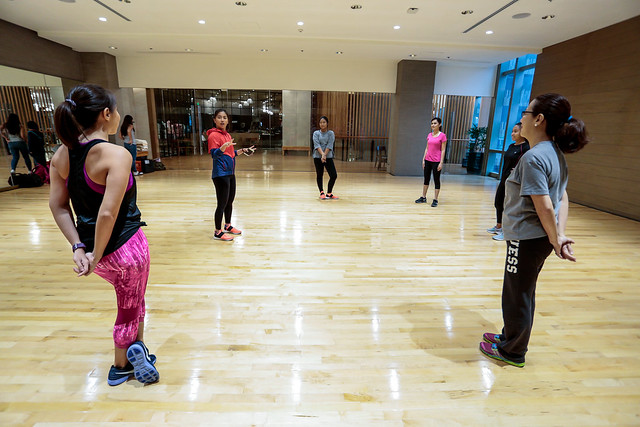 our NTC coach Trish Ayson briefing us on the session ahead

Nike Training Club may look like it’s targeted primarily to women, but that doesn’t mean the sessions and exercises aren’t hardcore! The app itself features signature sessions from professional athletes like tennis stars Roger Federer and Serena Williams — and you know those guys don’t mess around. Personally, I’ve felt my core and upper body strength improve just by doing NTC app sessions twice a week alongside my regular training. 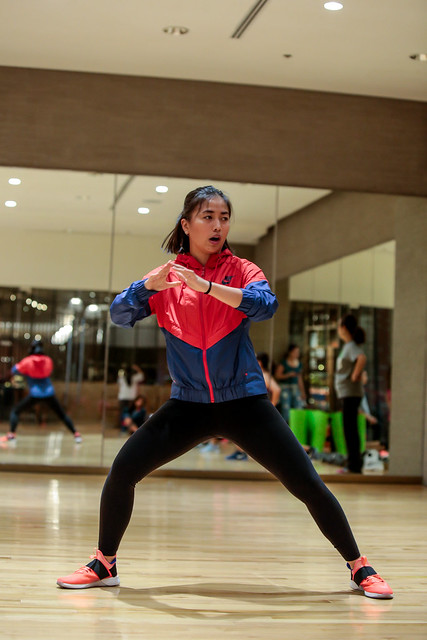 NTC Coach Trish Ayson led us through the one-hour session. She said the logic behind the session’s assigned exercises would allow us to train in all three planes of motion: sagittal (front-and-back), lateral (side-to-side), and transverse (twisting). 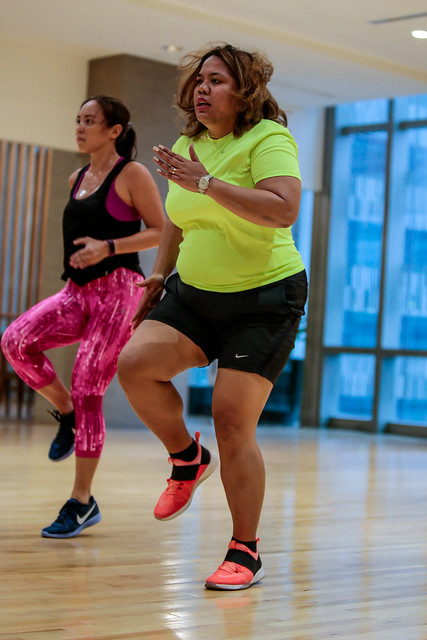 While many of the NTC exercises can be done with little to no equipment, to get stronger you need to add challenge. We also used simple dumbbells and mats. My other favorite workouts from the app involve a medicine ball and a step-up box. 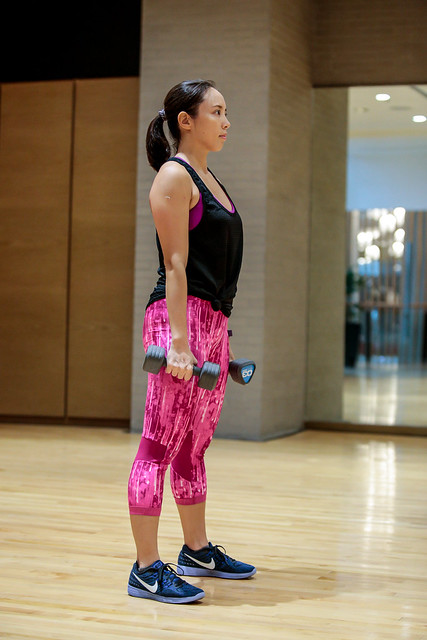 preparing for squats and pulls

The biggest difference between doing NTC by my lonesome and doing it in the live setup is the social and teamwork aspect. At different points during the session, we partnered up and took turns doing exercises and cheering one another on. If you recall my Nike Leap Year Day experience, that was the first time I had ever done NTC but having a partner alongside me really kept me going. 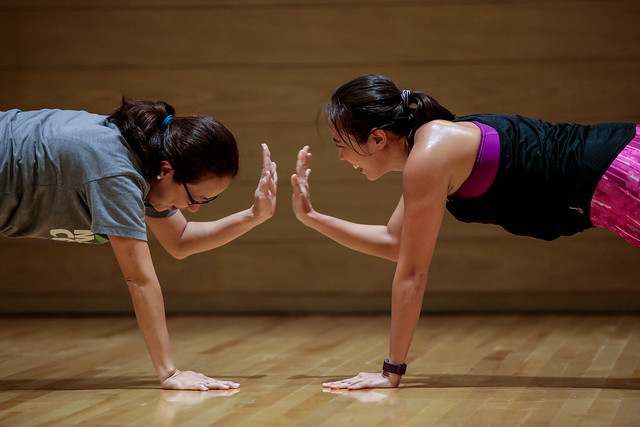 high five after staying in plank for one minute 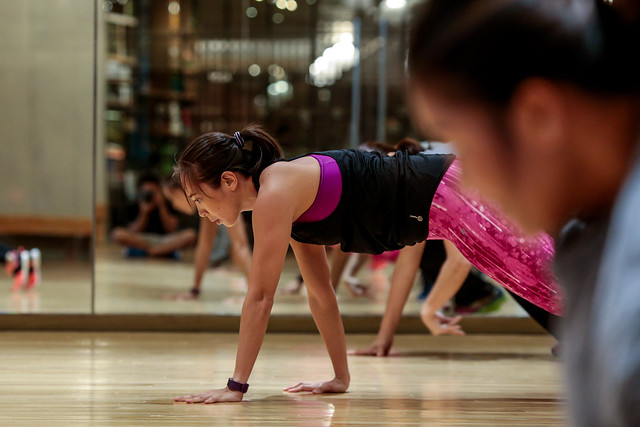 Sweat dripping, muscles shaking, hearts pumping, our session finally wound down into a cooldown. All of us were at different points in our fitness journey, but we all had a great workout experience scaled to our abilities. It was so much fun, too! 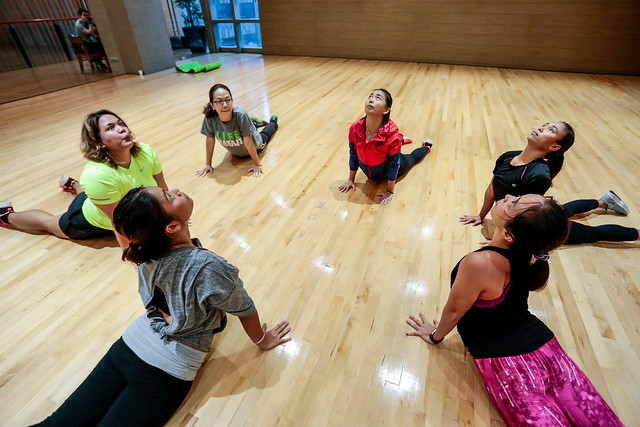 stretching out to stay limber 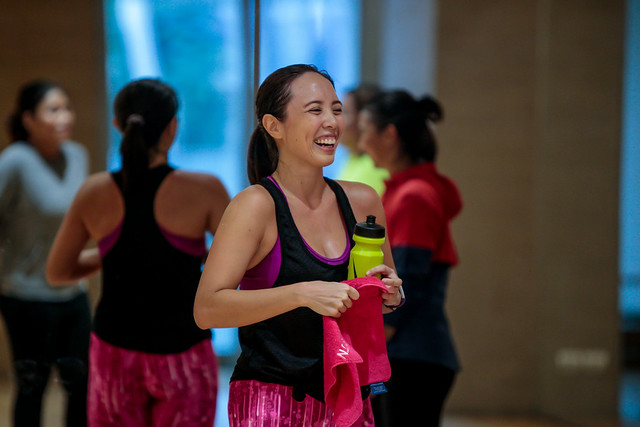 I don’t recall what we were laughing about, but the endorphins were flowing. 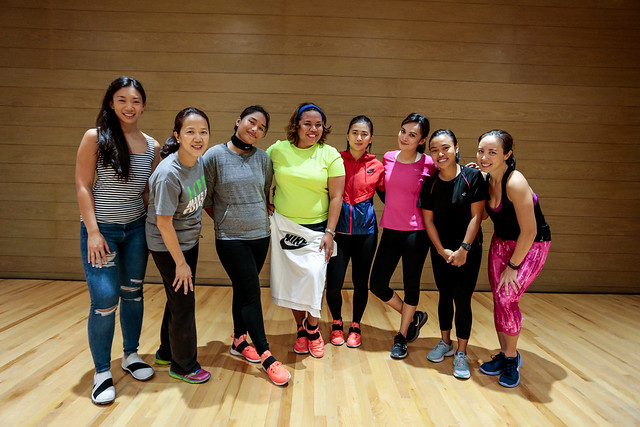 It’s December already in the middle of this week, but using both the Nike Run Club and Nike Training Club apps will help keep me exercising through the holidays. There’s always time to fit a workout in if you really want to, and both apps make exercise fun and engaging.