Apparently it was “No Panty Day” on Wednesday this week. The commemoration of this fake holiday drew a snicker from me, but called to mind the function of underwear when training.

It’s hard to find underwear that won’t chafe or bunch up when you sweat in them — I can actually count on one hand the pairs of panties I liked using when using tights. But wearing tights without underwear made me feel exposed, especially if the tights went sheer in the bum area.

I’ve been wearing running shorts with built-in liners, but due to marathon training I had to start wearing compression tights again.

That’s when I discovered the Under Armour Pure Stretch seamless underwear. 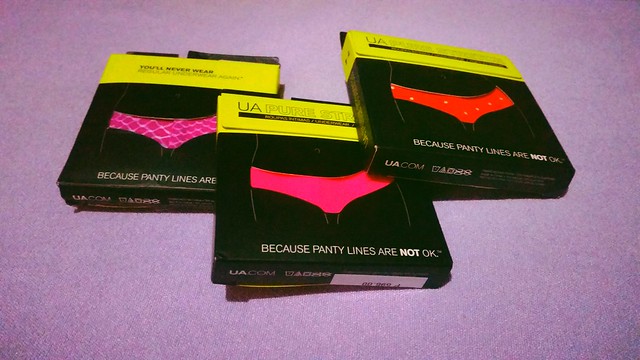 This is underwear made for athletes, with sweat-wicking material that keeps your intimate areas dry and flat seams that stretch and move with you.

I got my hands on a pair after an Under Armour event, and once I’d tried them I quickly snapped up a few more pairs so I could have one for every day of the week!

There are many cute training and workout shorts on the market I’ve avoided buying because they didn’t have inner lining, but now I have more choices because I can wear the UA Pure Stretch underwear under them. Hurray for the end of unintentional full moons! 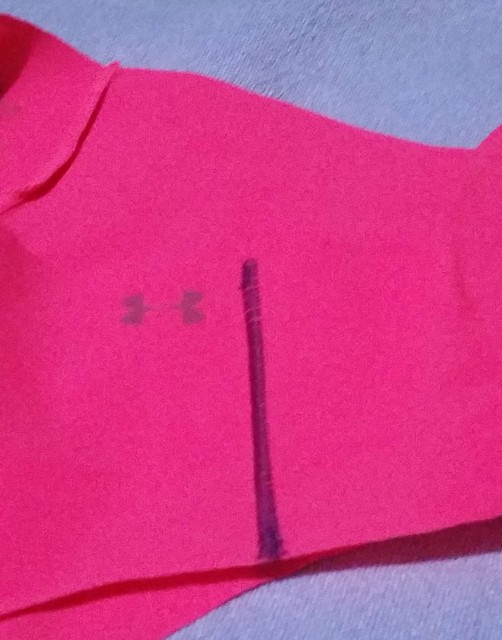 The one-size-fits-athletes sizing scheme made me hesitant at first, but the cheeky bikini style hugged my 36-inch hips, gave enough coverage for my bottom, and didn’t result in the dreaded Visible Panty Line. In fact they are so comfortable I’ve taken to wearing them even when I’m not breaking a sweat. And because they dry so fast, I’ve taken them on my travels so when I do laundry my delicates don’t need to hang around too long on a clothesline.

(The underwear also comes in a thong variant, and in more than half a dozen colors and patterns. Under Armour also makes the Boxerjock for men.)

They’re not an inexpensive indulgence, though, at around P450 a pair. I lucked out because I snapped most of mine up during an outlet sale and on underarmour.com.ph.

Try a pair and see for yourself why “you’ll never wear regular underwear again!”