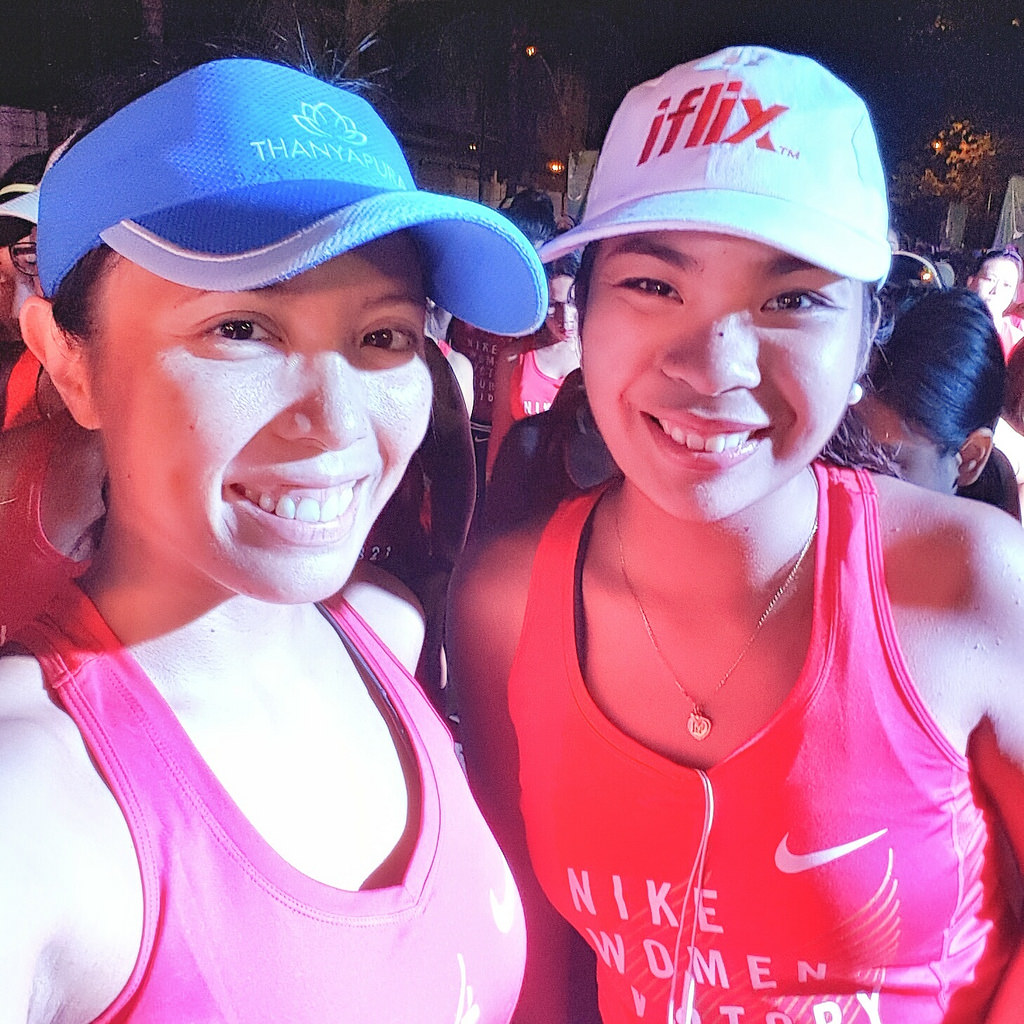 I’m no stranger to racing in an all-women field, but last Sunday was a shock as 4,000 women lined up for the Nike Women’s Half Marathon. While there was the odd man acting as supporter on the day, women clad in the orange Nike official race singlet were all I could see. In fact, it took a bit of effort calling each other for my buddy Monika and I to find each other pre-race. Parking and bag check-in were a bit of a riot, but once that was done with and we got into the start chute, the race experience was par excellence.

Due to the huge number of racers, we had to start somewhere in the middle of the pack. While Monika and I would be running at different paces we would see each other afterwards. This would be her first race ever, and it was a half-marathon! She trained to the best of her ability, and with her background as a competitive swimmer I knew she would have the willpower to finish the Nike Women’s Half Marathon.

As for me, my task was to run those 21 kilometers as steadily as I could. With the race starting at 4:30am I hoped I could finish by 6:30am and then tack on an additional 11 easy kilometers.

The Nike Women’s Half Marathon had a very interesting course, one I had never done before: we started at Blue Bay Walk on Macapagal Boulevard, ran up and down Roxas Boulevard, then proceeded onto Cavitex (the former Coastal Road). The expressway running alongside the Manila Bay coast formed a major part of the route. We would finish at Island Cove Resort in Cavite.

While I was concentrating mostly on keeping my effort even over the false flats that comprise Cavitex, it was amazing to see the sun rise over the water, illuminating the fishing boats docked at the markets and revealing the mangroves just off the coast. These are things you don’t normally see when you’re driving down the highway, and foot traffic isn’t normally allowed on it.

Cavitex curves almost imperceptibly along Manila Bay, so it was a real treat to look to my right and see the tall buildings of Manila and Makati beyond the water. My plan to run extra kilometers after crossing the finish line went out the window when the sun rose before 6am and I realized there was no shade anywhere along the route. The heat built up quite rapidly and soon enough the road surface was reflecting that heat back up. Oven levels!

So, instead of punishing myself even further, after a 1:58 finish (not counting my portalet stop along Roxas Boulevard) I stretched, waited for my bag, and got changed into a swimsuit to take a dip at Island Cove’s pools to cool off.

There was an assisted stretch area, plenty of food and refreshments, and soon enough the women were enjoying the resort’s water slides!

Instead of the traditional finisher medal, Nike gave each woman a necklace with a pendant. One side of the pendant had the Nike Women Victory Tour logo on it, while the other side had the Nike We Run Manila logo on it (a stylized church). It’s awesome because now we can wear our “finisher medal” even after the race!

I met up with Monika post-race and she was over the moon about finishing her first race and half-marathon. It’s always inspiring to see a runner prove to herself that she can do it, especially if it’s the first time. I also ran into other friends from the fitness industry, and I heard that several celebrities also ran the race. It was a massive one indeed and the first time 4,000 runners (whether male or female) had run a half-marathon!

There are definitely things that need to be worked on for the next race, such as baggage check-in and -out, change tents, and availability of shuttle buses, but knowing RunRio they already have that in the pipeline.

Congratulations to Nike for a successful Nike Women’s Half Marathon and getting 4,000 women fit and #BetterForIt!