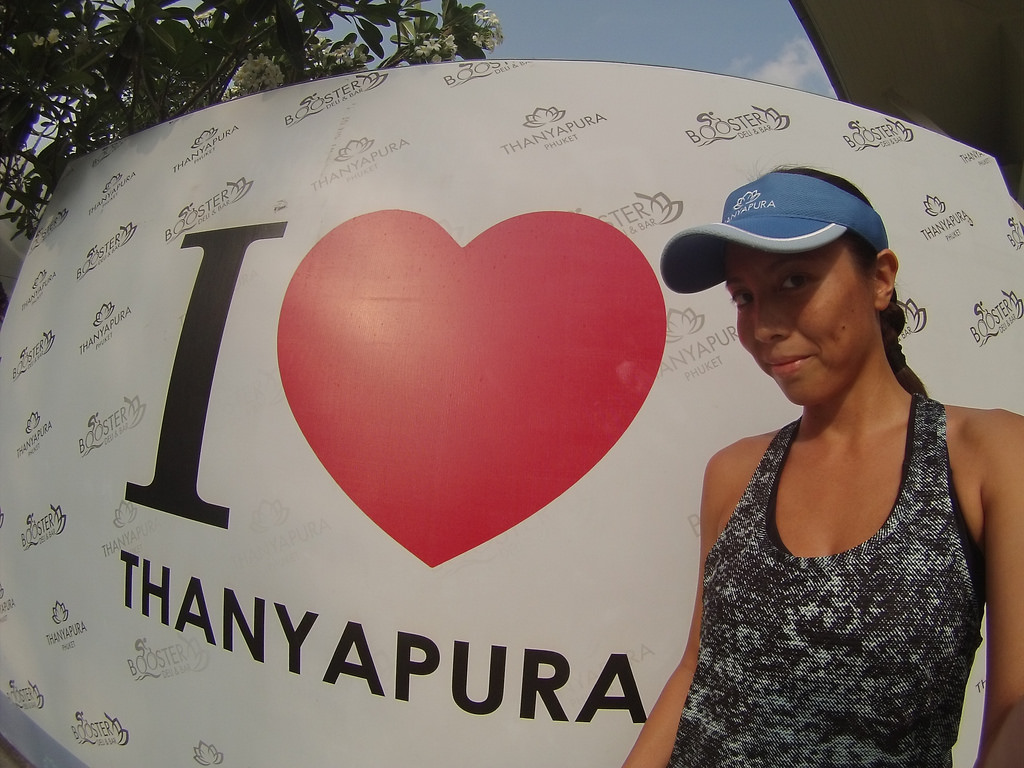 Facebook has taken to gleefully reminding me that last year around this time, I was also in Phuket for work, and that a few weeks later I was back for a training camp. Well, this time around both work and training were smushed together into a whirlwind week where work came out on top — but I found some time to play. Living right where I needed to work and train definitely allowed me to focus with no distractions. As a result, I made significant headway on the Wellness Centre website redesign while still having time to train as well as relax.

I was still trying to fight off the common cold so I backed off the long workouts, but workouts in the track and the pool were fair game. Who wouldn’t want to swim in that pool? Ran my fastest 500-meter laps ever! my favorite gear got me through

Because I was following my personal marathon training plan rather than the group training on offer at T***, it was easy not to get caught up in what the other, much faster triathletes were doing. I just did what I needed to do, no heroics. Also, there really isn’t much to do after dinner at the resort, so I often found myself in Dreamland a lot earlier than I usually am back at home.

I was also able to experience some of the new yoga offerings at the Wellness Centre, such as aerial yoga and yoga for endurance athletes. Staying limber and mobile is as important as building strength and speed, and it’s just so helpful when both of those are available in the same place. It’s not as easy nor as hard as it looks!

The food served at T*** was nutritious but served in generous portions, so I was honestly surprised to find a flat stomach and my abs peeking out by Thursday despite a steady diet of bacon for breakfast… I think the lunch and dinner offerings on the menu definitely helped me make better food choices, with calorie counts prominently displayed. Also, there really isn’t any junk food on offer on the premises, which reduces sodium consumption and consequently bloating.

There was plenty of downtime between spurts of workouts and working on the website. I used that to sunbathe at the hotel poolside as well as head to the beach on my last full day in Phuket. I’ve been back in Manila since Saturday night. I’m so happy I got the opportunity to head to Phuket at this point in my training cycle for the marathon. Even if my stay was primarily for work, I think my fitness has improved. I’m much healthier at this point than when I left, that’s for sure. Getting to run in the heat and humidity has also set me up mentally for what’s to come at the Phuket Marathon in less than eight weeks’ time.

Next time I’m in Phuket, I’ll be ready.