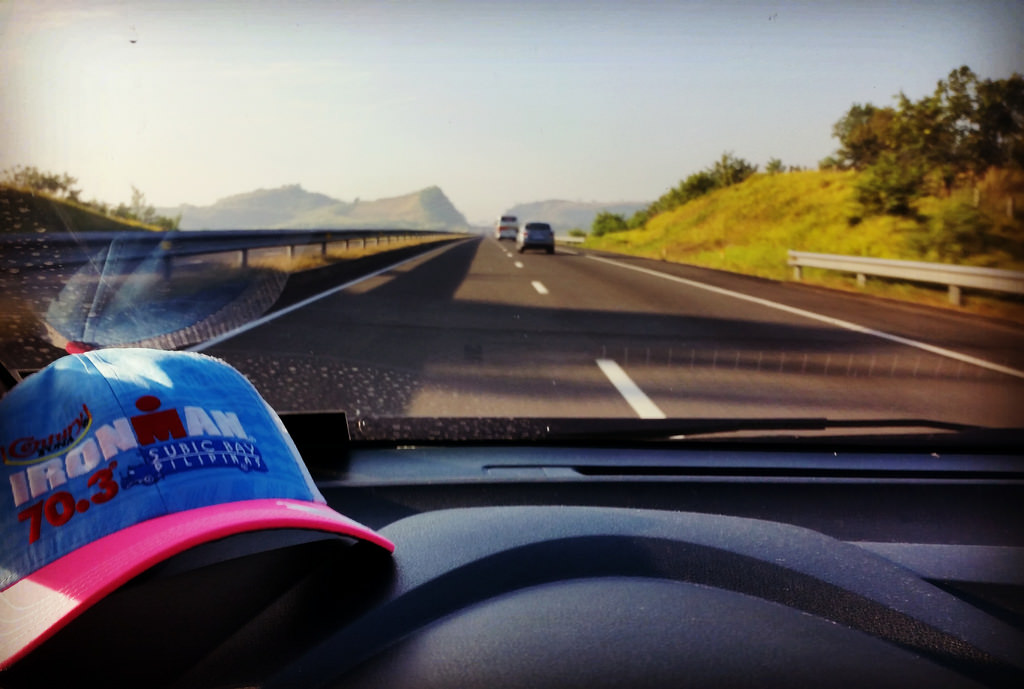 This year’s Century Tuna Ironman 70.3 Subic Bay was the first time I have not been on the starting list of a half-ironman race in the Philippines since 2011 when I joined a relay team for Ironman 70.3 Philippines in Camarines Sur. With radically different goals for this year, I’ve decided to sit out the two Ironman 70.3 races in the country. It was still off to Subic for me!

That doesn’t mean I want to be completely absent; I love triathlon and I love following the sport. In particular I think the Philippine triathlon scene is as warm as our weather. *wink*

At the same time, I have been whining about the poor worldwide official media coverage for professional women. I met Stef Hanson, the editor-in-chief of Witsup.com, at Challenge Roth last year. Witsup stands for “Women In Triathlon. ‘Sup?” It’s a portal covering all things women in triathlon, aiming to boost the profiles of women in the sport and introduce triathlon to more women. We have been following each other on Twitter for some time now, and I offered to do a write-up of the Ironman 70.3 Philippines for them last year.

After the dismal coverage Ironman did for the professional women at Ironman 70.3 Dubai, I shot Stef an email proposing I do some supplemental reporting on the women at Ironman 70.3 Subic Bay. With many thanks to Century Tuna, Ogilvy, and Sunrise Events, we secured a media pass so I could be at the race on “official business.” I drove up to Subic with Roselle of Runningdiva.PH to cover the race.

But the first stop that weekend was the Century Tuna Superbods Underpants Run. In a sea of pandesal abs, mine was mamon.

I was glad to do it for a cause as $2,000 has been donated for the benefit of the National Greening Program of the SBMA Ecology Center. But there’s a reason sports bras were invented, as I proved to myself during those three bouncy kilometers…

After the fun run, Roselle and I put on our cycling gear and took our bikes onto the smooth asphalt highways of Subic Bay. It was her first time to wear cleats throughout an entire ride, and aside from the usual baptismal falls when coming to a stop our ride went without incident. We dropped by the swim start and T1, where we found our Endure teammate Jopet readying his bike for check-in. After wishing him Godspeed, Roselle and I made our way back to our respective hotels and got ready for the Meet the Pros press conference. It would also be where I would pick up my media pass and start my “duties.” some light-hearted fun while posing for photos

Belinda Granger, despite having retired at last year’s Ironman 70.3 Philippines, was back with us but this time working behind the scenes with Sunrise Events. She would be doing most of the updates for Ironman Live, and between the two of us we determined the pro women would get their fair share of the spotlight on race day!

I took my bike up to the swim start on race morning, making it just in time for the elite men’s gunstart. This meant I was able to live-tweet the entire women’s race and describe the atmosphere to Witsup’s followers.

1 loop to complete the 1.9-kilometer swim. All athletes are in the water. #IM703SubicBay #Ironman703SubicBay pic.twitter.com/e7TXi0ESRS

.@TheDuke912 out of the water. Expect her to put down the hammer on that bike course #IM703Subic #Ironman703SubicBay

All elite women out of the water. The Philippine races allow top locals to race for a separate prize pot. #IM703Subic #Ironman703SubicBay

The bike course for #IM703SubicBay has a nice downhill w/ a tailwind for 1st 7 km's. It will be a different story once they hit the highway.

.@Caroline_Xena & @radkavodickova go 1& 2 on the #IM703SubicBay bike course. Out & back, w/ second half to be faster due to tailwind.

If there was one phrase to describe #IM703SubicBay, it would be "no shade". Roads are buttery smooth, but no trees to give respite from sun!

.@Caroline_Xena w/ @radkavodickova hot on her heels out of T2 onto the hot run #IM703SubicBay

Katy Duffield out on the run, all pro women now making their way through a scorcher of a run course #IM703SubicBay

.@Caroline_Xena impressive today and still continuing to build her lead 13K on the run #IM703SubicBay

.@Caroline_Xena heading for home and the win. 3kms to go! #IM703SubicBay

.@Caroline_Xena "My legs wouldn't respond so I took it a bit easy on the bike, decided to give it a good go on the run" #IM703SubicBay

.@radkavodickova "I'm so proud of myself I was able to stay with Caroline on the bike, but she smashed me on the run." #IM703SubicBay

Based on these tweets, it all looks pretty easy, right? Just sit somewhere, check for updates from on-course spotters, and be around for the finish line pictures.

Well, first of all, there are no on-course spotters. Belinda was all over the course on the back of a motorcycle but even she couldn’t follow all the professionals at once. For instance, she didn’t know that Bree Wee had gotten two flats, and it was only because Caroline Steffen and Radka Vodickova were quite close to the men that Belinda was able to see the women’s race unfold. Belinda told me post-race that at the very least there should be one person apiece dedicated to the pro men and pro women. Secondly, it is hot and tiring work that needs plenty of patience. Aside from needing to get myself from the swim start/T1 to T2, I would also need to sit tight and wait for the competitors to get back from the one-loop bike course (which regular media like me would not be allowed to go into). The run course also didn’t lend itself to spectators as the out-and-back route gave limited chances at spotting participants.

At least I was able to move around and get into the shade. I can’t imagine what the photographers assigned to stay in certain spots went through. I was glad I wasn’t racing in that heat!

I also had opportunity to help out the person manning Tim van Berkel’s Twitter account as he raced. Because Witsup focuses on the pro women, I passed along any news and photos regarding the men’s race. I didn’t have too long to wait after the top four men passed by me. Caroline came by and she was moving fast on the last three kilometers. Even if I only had to walk back on a one-kilometer shortcut to get to the finish line, I still missed her! Here’s a pretty shaky video I was able to take.

Post-race it was all about catching quotes for use in my race wrap-up, which gave my smartphone microphone and recorder a good workout. It was good to grab some lunch thanks to the race PR team and catch up with the rest of the bloggers who had been covering the race for their own social media channels. Overall it was a really full weekend and I was almost as busy as if I were racing! If you’re interested, here’s the race preview and the race wrap-up I wrote.

Moving forward, I’ll be lending Witsup a hand with coverage of the races in Asia. While that doesn’t mean I have to be at every race, I love that I can “be the change” I want to see in coverage of the professional women’s race.