There are times I get sick of hearing the same songs over and over again, so training with Spotify auto-generated playlists helps keep things fresh.

If you’re using the latest version of the Spotify app on your iPhone or Android smartphone, you may have seen the Spotify Running item on the menu. 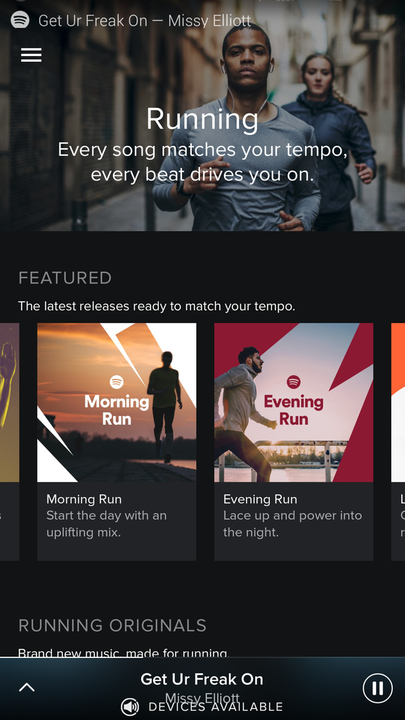 Spotify gives you not only a variety of playlists to choose from, but also the capability to speed up or slow down the song’s tempo to match your run cadence, or steps per minute.

Not only does Spotify mine the songs already available in its massive database to generate playlists based on genre such as Top Hits or Country or Rock, but it also has “Running Originals”: music that was created specifically for the app’s Running function. 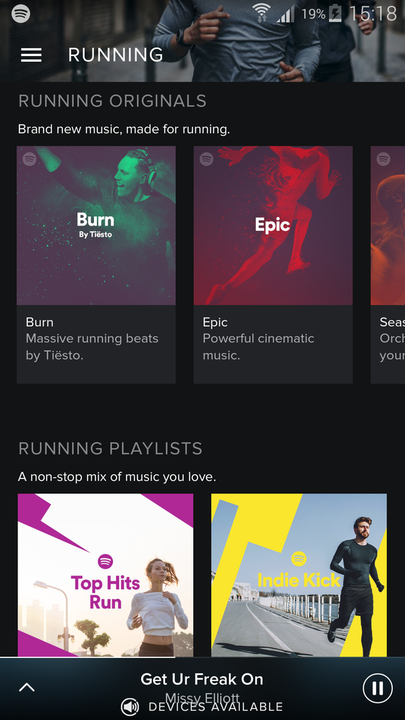 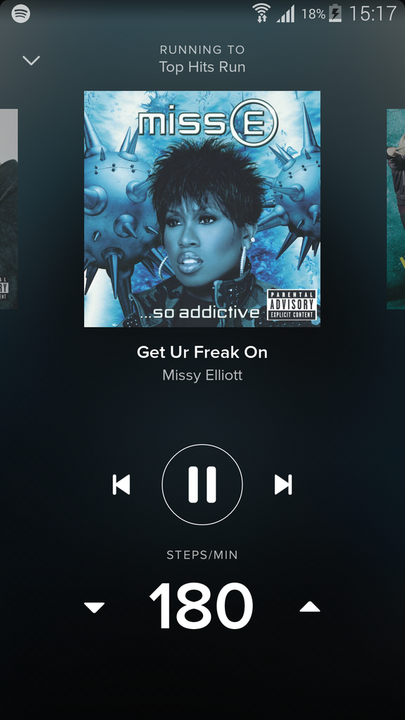 It’s a sign of how important music is to many runners, and also how many people rely on streaming services like Spotify to supply their music on the go. I normally use music if running on a treadmill, and this coupled with WiFi and a pair of Yurbuds is a great way to spice up indoor running workouts.

I think the only thing stopping me from using this out on the road is the amount of data Spotify can use up, unless you’re registered to a telco’s promo that gives Spotify a separate data allocation. Spotify Running doesn’t give you the option to download the songs for offline use, unlike my own playlists (I’m subscribed to Spotify Premium, which gives me options like saving songs, no ads, and unlimited track skipping). Also, the Spotify Running interface doesn’t allow you to save the songs to a playlist.

Another feature of Spotify I’ve taken to using lately is their Discover Weekly playlist. It’s generated every Monday specifically for you, containing songs you may be interested in based on your listening and search history. 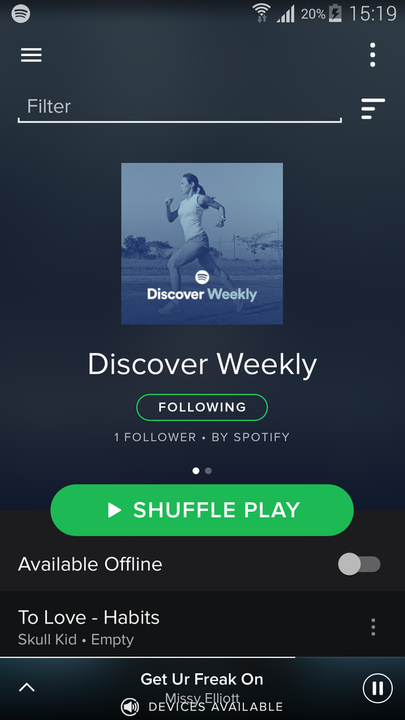 Lately, I’ve been finding most of my new favorite tracks with Discover Weekly, but the algorithm isn’t without its flaws. I’ve seen an increasing number of foreign-language tracks on the playlist, and this week’s was more than 50% in a language I don’t understand! I think the solution may be to listen to even more music so that Spotify can narrow down what I really like.

Here’s some ear candy for you. Enjoy!

One thought on “Training with Spotify Auto-Generated Playlists”