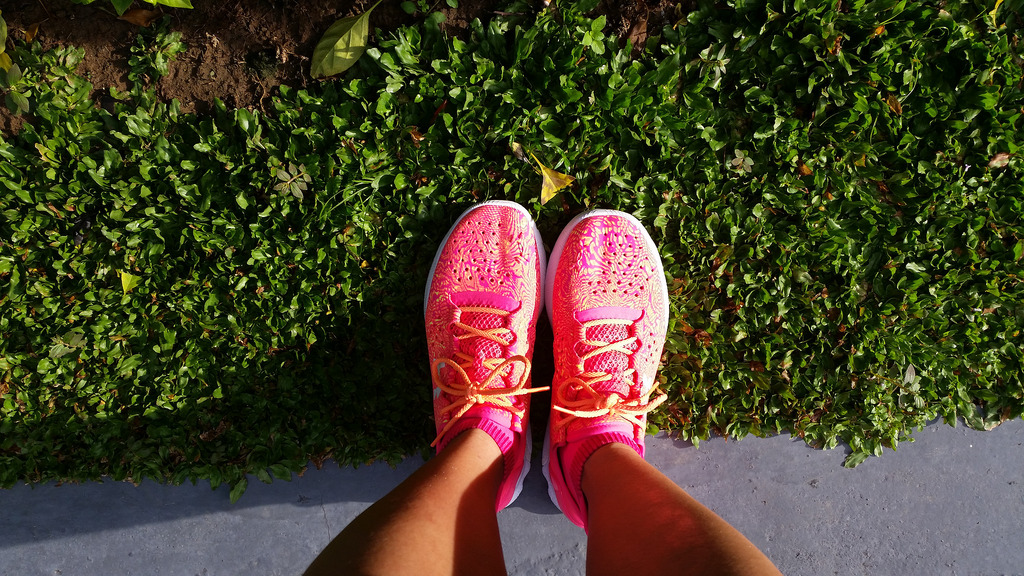 Two months ago I went on a search for new running shoes to try. It’s not as if my current shoes weren’t serving me properly anymore; I was just looking for a different stimulus. It was kind of akin to shopping for a new wardrobe, as if I used to wear mostly shorts and comfy tank tops and then wanted to blossom into pretty and girly with floral fashion from Zalora. I wanted something new and different that would maybe jumpstart my desire to run.

I found it in the Under Armour Speedform Apollo. Truth be told I had already been looking at the Speedforms when they came out two years ago worn by Chris McCormack, but waited a few more production cycles for the shoe to beef up a little, since Macca said the first iteration were meant to be racing flats and for efficient runners, not those who needed support for overpronation or supination. In the interim, my running form improved and I was able to start using shoes with lighter support. So on my trip to Singapore last month, I grabbed a pair of the Speedforms and took them out on a run the very next day. I was fortunate that the haze hadn’t gotten that bad yet, so I was able to run from Chinatown toward the Esplanade and the Marina Bay Sands and back. It was just a little more than five kilometers, but already the Apollos felt quite promising.

There are different Speedform models: the Apollo is positioned in UA’s “Run Fast” category, while the Gemini with more cushioning is in the “Run Long” category. The variant I had bought was the Speedform Apollo GR, which had a snazzy seasonal graphic upper compared to earlier Apollo iterations.

All Speedforms are built with a smooth heel cup and sock liner manufactured in a bra factory. The result is that there is no seam or cut between the upper and the sockliner that will rub your heel raw, and the shoe molds to your foot to eliminate slippage.

You’ll also notice how the upper is minimally built, with barely any stitching or plastic structures. Since they had triathletes road-testing the prototypes, these shoes are built for sockless running. They are also ultra-breathable and dry very quickly. And given their construction, they are more flexible than anything I’ve been using, but I still got a little support and stability from a thermoplastic urethane shank in the midfoot.

The only plastic structure is a molded heel clip that shapes the heel.

Not surprisingly, I ran faster than I had in months. Surprisingly, I had no discomfort the next day — I had taken aches and pains to be par for the course whenever I ran in lightweight shoes in the past. Maybe it’s because the Apollos, despite feeling really light on the feet, are actually almost 2 oz. heavier than my previous race shoes. The soles are also just a tad thicker. I suppose they are more forgiving.

When I got back home to Manila I also used the Apollos for a speed run as well as two 10-kilometer runs, and they were just perfect. I love them!

The UA stores in Singapore, Malaysia, and Thailand offer a nifty 10% discount for members of the Armour Club (sign-up was available for my purchase which was over SGD$150). Unfortunately, this discount doesn’t extend to UA Philippines stores. 🙁 Anyway, I’m looking into purchasing another pair soon so these can last longer in rotation. Right now I can’t imagine using any other shoes.

But then again, it never hurts to try new things. Who knows? Maybe my next marathon running shoe is still out there waiting to be found. 🙂