Last weekend was a little bit of a debacle. I wasn’t initially signed up to do the Yakult 10-Miler Run. I had just landed from my Phuket trip on Wednesday evening and didn’t feel like traveling on Friday by land to Bolinao, Pangasinan for a triathlon on Saturday I’d signed up for long ago. So, I chose to stay home and get some much-needed training sessions in instead. Then I got word that the triathlon had become a duathlon due to the swim being too dangerous due to wind and water currents. Really, the Lord works in mysterious ways…

Anyway, while I was cycling around in Nuvali on Saturday, I got a text message from Kim Atienza cajoling me to flex my muscles with the organizers at the Yakult 10-Miler Run so I could get in. Since Mizuno is one of the sponsors, I got my request and turned up early on Sunday morning to race.

I did this race last year, but it was two months earlier on the calendar then. Conditions on the day were very different — it was hot and muggy this year, versus only a little last year. Just standing on the starting line, we were already drenched in sweat!

As my longest run since February (!!!) I knew this would have to be done in a conservative manner. No podium dreams for me, just a desire to finish feeling strong and not drained.

The Yakult 10-Miler has always been held along Roxas Boulevard, and although this year we were presented with a slightly different course (instead of going first south toward Paranaque then north toward Luneta, the directions were reversed) it was still mostly flat, with two flyovers you climb twice each.

Right from gunstart I could already feel myself begin to overheat. It was too damn hot! So I made full use of every aid station, grabbing cups of water to throw down my throat and over my head. I was so thankful for the aid stations later on the course that provided water-soaked sponges and ice! 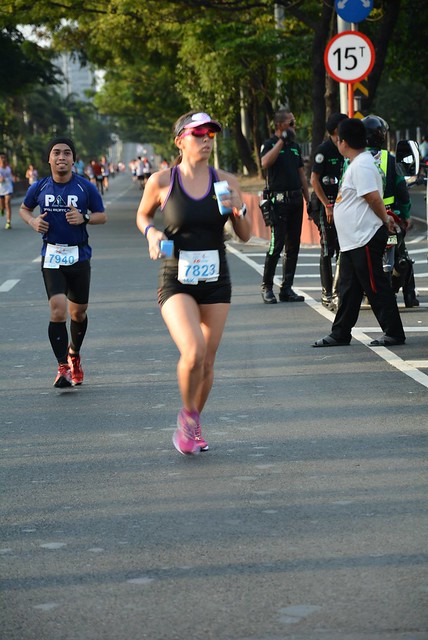 Hey, at least I didn’t stuff the sponges into my top…

I definitely felt a lot better lowering my core temperature this way, but there was a nagging thought in my head. Kim had given a weather forecast before the race started and said that we would have weather like this heading into the first two weeks of June. Challenge Camsur is smack on the second weekend of June — and it usually tends to be hotter in Naga City than in Manila! This was much-needed practice for temperature regulation, because if I already felt like overheating running at 6:30am with the sun still low on the horizon, how would I feel starting the run leg of a triathlon at 11am with the sun beating down from overhead?!

One thing I learned from racing last weekend is I should have bathed in petroleum jelly. Waterlogged clothes plus friction equals more chafing than I’ve ever experienced before!

I finished with a time of 1:28:51, which isn’t a 10-mile PR for me but I’ll gladly take it. I also ended up 5th overall female; while that is nowhere near the podium steps, among 203 female finishers it’s where I expected to be, given my current level of fitness (or lack thereof). Check out the full results here.

I’ve got two more weeks of training left, then a taper into Challenge Camsur. I’m not where I would like to be in terms of being fit, but in the end if I can do the best I can on that particular day, I know I’ll be happy. 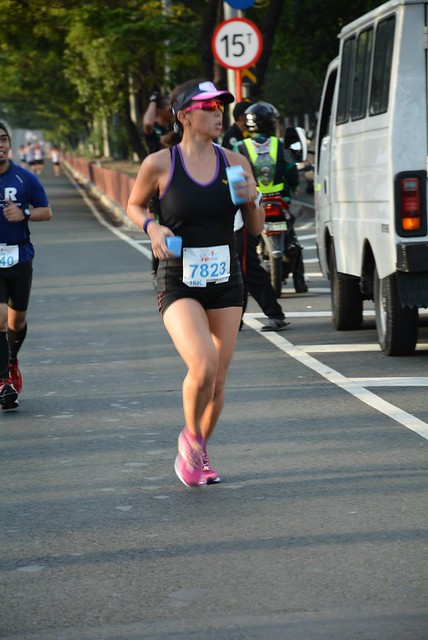 You can still sign up for Challenge Camsur half, or the sprint distance happening the day before, or get your kids involved with the Junior Challenge triathlon. I can’t wait to get back there to where it all began for me. Click here: challengecamsur.com