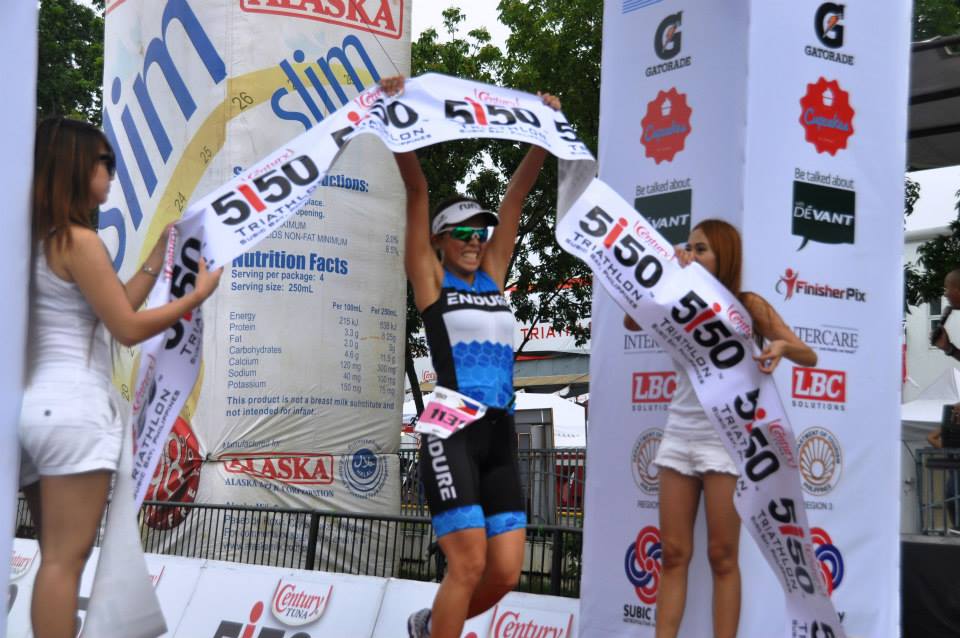 It’s only a few days to go, and then I drive up again to what the legend Frank Lacson refers to as “Triathlon Country” for the Century Tuna Ironman 70.3 Subic Bay!

These last few weeks have been busy for triathlon in this part of the world, with Challenge Philippines and Tri United 1 just concluded. And no, I did not sign up for all three races, but I know some crazies who have…

It’s going to be a fun weekend and the pressure is off for me because I’m just doing the bike leg on a relay team with my Endure teammates John Doctor (swim) and Sugz Lopez (run). This is going to be a great opportunity to experience what it’s like to cycle on the SCTEX coming from the Subic side. I’ve heard and seen how challenging the terrain can be — long climbs, some steep sections, and fierce headwinds and crosswinds — but due to tollway regulations no one can ride on those roads on any normal day.

But really my main motivation in joining this race is I just love watching the pros do their thing, and boy do we have some stellar ones coming!

On the men’s side, three-time Ironman world champion and two-time Ironman 70.3 world champion Craig “Crowie” Alexander will race for the first time in the Philippines. Known for his relentless work ethic, Crowie is still in top shape at 42 (triathlon age :P) and can do damage over the half distance.

(His coffeetable book As the Crow Flies will be available at the IM Expo for P2,700 and he’ll have an autograph signing on Saturday after the Meet the Pros press conference at 3pm.)

But wow the talent is pretty deep in this field, with speedy Aussies Josh Amberger and Clayton Fettell. Luke McKenzie is coming off Challenge Dubai — he will be looking for redemption after a poor swim screwed up his race plan. I will be rooting for Tim Reed, who was given 2nd place in Dubai due to a controversial refereeing decision, despite being the first man to complete the whole course. Let’s see how he backs up after that red-hot performance. But watch out for new Subic Bay resident Mitch Robins, who’s been in town since Challenge Philippines (along with a number of other guys who stayed over). He absolutely ripped the field apart last Sunday at Tri United 1 and is well-rested and well-acclimated.

My thoughts go out to Justin Granger, who was clipped by a cyclist last week while riding and sustained some pretty major injuries — broken ribs and clavicle plus a punctured lung. He won’t be racing any time soon. I am thinking Belinda Granger will be staying home to care for him and may miss this race as well.

Caroline Steffen is always one to watch, but with this race so close to Ironman Melbourne where she is defending champion, not sure if she will be going all out. She is in Phuket for a few days to train with her coach Macca and then flying here. With no direct flights from there to the Philippines (whether Manila or Clark) I’m thinking that’s just way too much travel… Of the T*** crew, Dimity-Lee Duke arrived over the weekend, while Carole Fuchs and Parys Edwards stayed on after Challenge Philippines. Beth Gerdes is married to Luke McKenzie and four months after giving birth she won Ironman Malaysia in Langkawi! Rebekah Keat (who is married to super-coach Siri Lindley) owns the distinction of having won three half distance races in a row.

We have two athletes in their beginning years as pros — Christophe Schlagbauer (who was unable to race at Challenge Philippines due to illness) and Emma Bilham. Racing all these bigtime pros will definitely be a growth experience for them!

The Alaska Ironkids will be held on March 7 at Remy Field and I’m planning to volunteer for that… Following after is the Century Tuna Superbods Underpants Run!

I think it’ll be fun to join in, given the riot that the Kona Underpants Run is — I just don’t know if I have the guts to run around wearing just skivvies! But we will see…

In any case I will still be focusing my energy on that bike leg, and if I don’t secure my 2016 Ironman 70.3 World Championship slot in Cebu this year, I may just sign up for the Century Tuna Ironman 70.3 Subic Bay next year.

I’m ecstatic that from one international half distance race in 2010, now we have four in the country! As a supporter of Philippine triathlon, these races do so much in developing the sport. I’m excited to see what Century Tuna Ironman 70.3 Subic has in store.