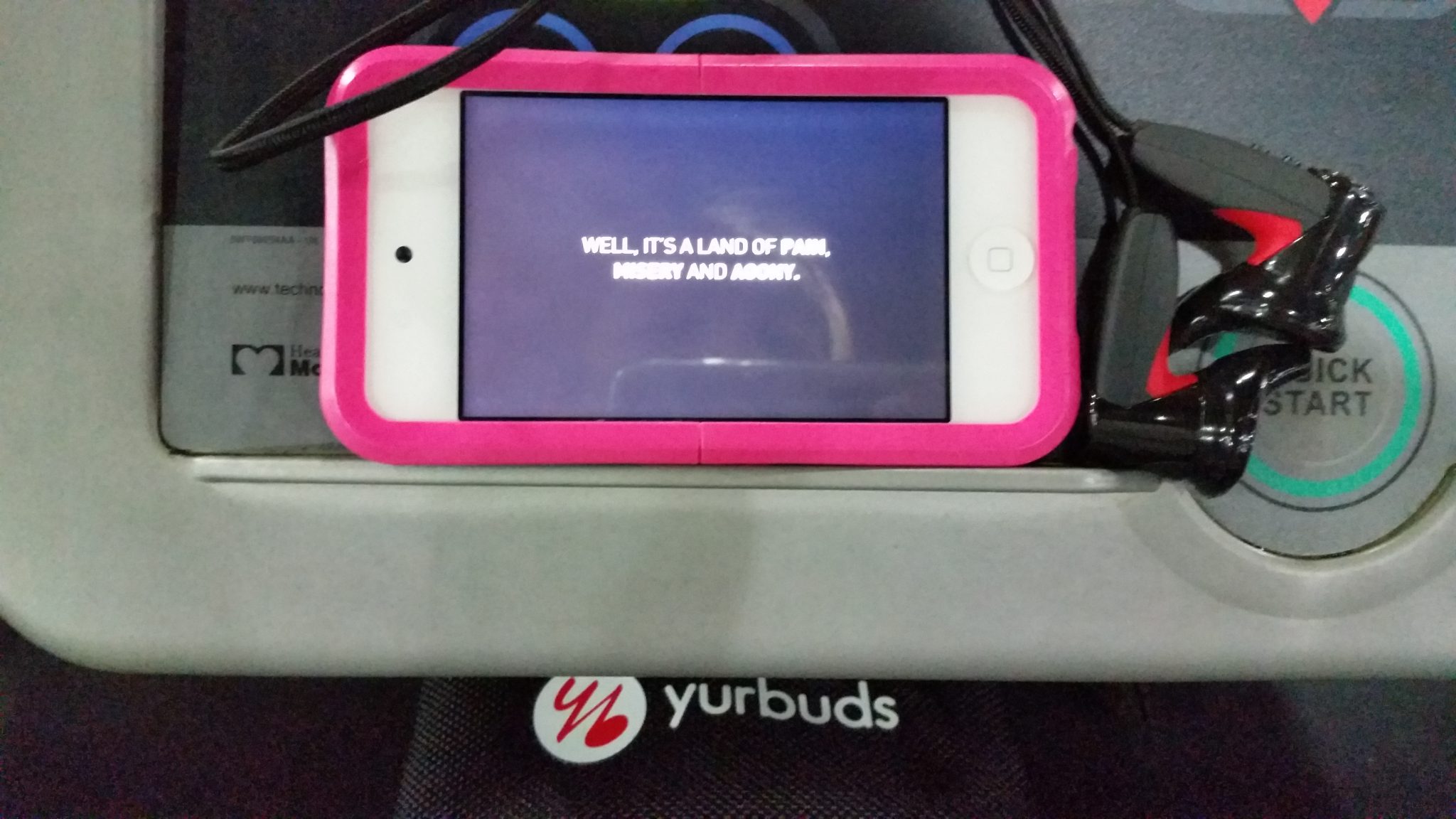 After my positive experience reviewing their brick training video “Chrysalis”, I was willing to try anything The Sufferfest would throw at me. After all, IWBMATTKYT… 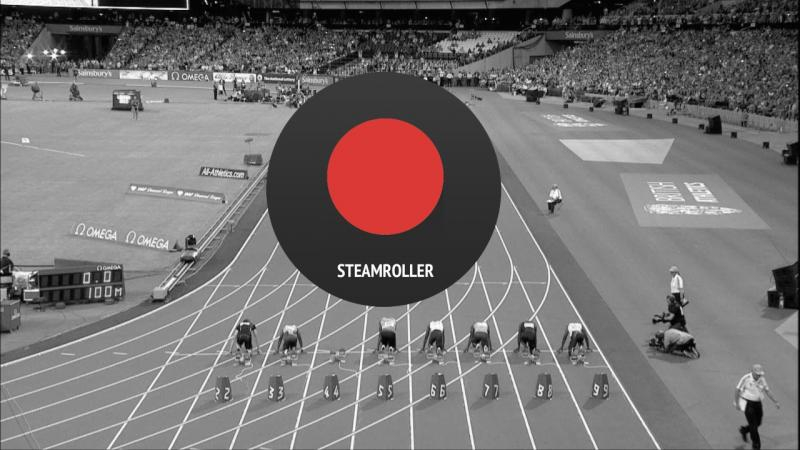 “Steamroller” from The Sufferfest

“Steamroller” is The Sufferfest‘s first foray into run training videos. It’s designed by Neal Henderson, MS CSCS of Apex Coaching (@apexcoaching on Twitter), so you know it’s not just some random workout thrown together by a bunch of monkeys; there’s method behind the madness. This session is designed for use on a treadmill to help you build speed, using recommended perceived effort to dictate your pacing. The Suffer Scale is from 1 to 10 — 1 being Couchlandria, the antithetical neighboring country to Sufferlandria, and 10 being the kind of effort you would put in if you were being chased by a monster out to eat you. Rawr! 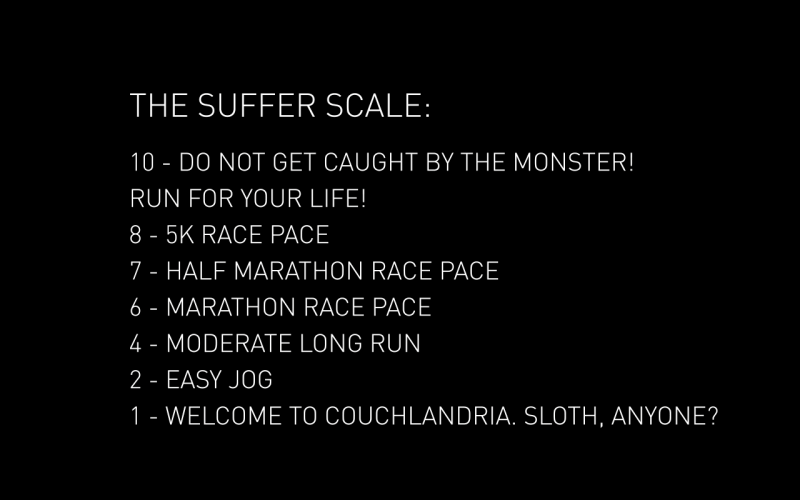 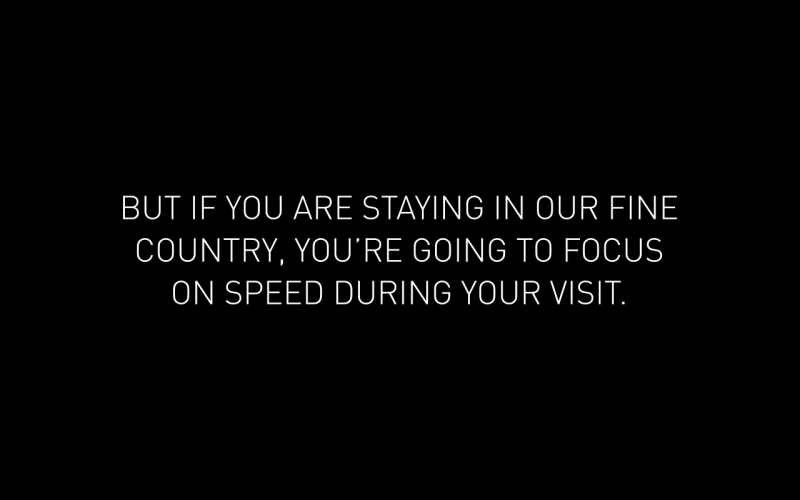 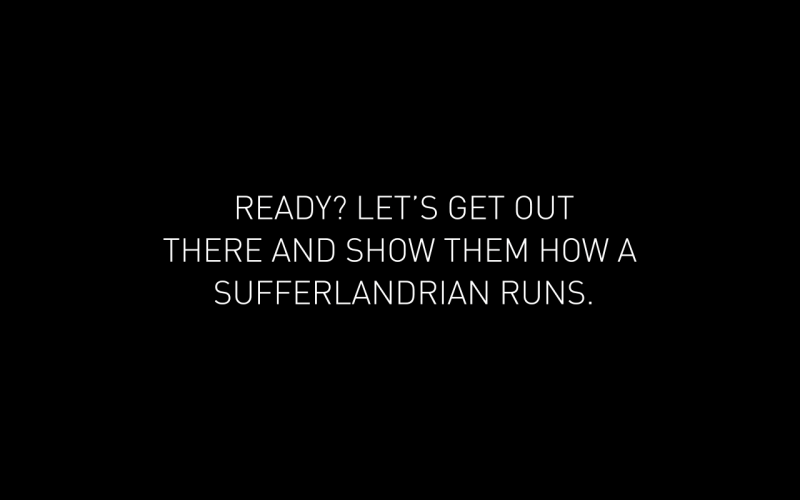 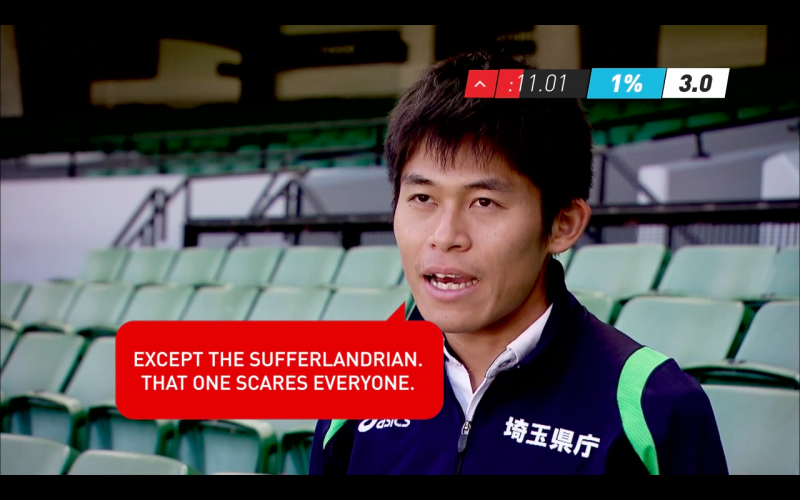 Sounds simple enough, right? But I know the most straightforward workouts are often the most painful yet the most rewarding. So, when do we start?

The central conceit behind “Steamroller” is that you’re at a Sufferlandrian racing event that crosses between road and track, with rest intervals between efforts. As such, the video uses officially licensed footage from the Melbourne Marathon (road) and the IAAF Diamond League (track). 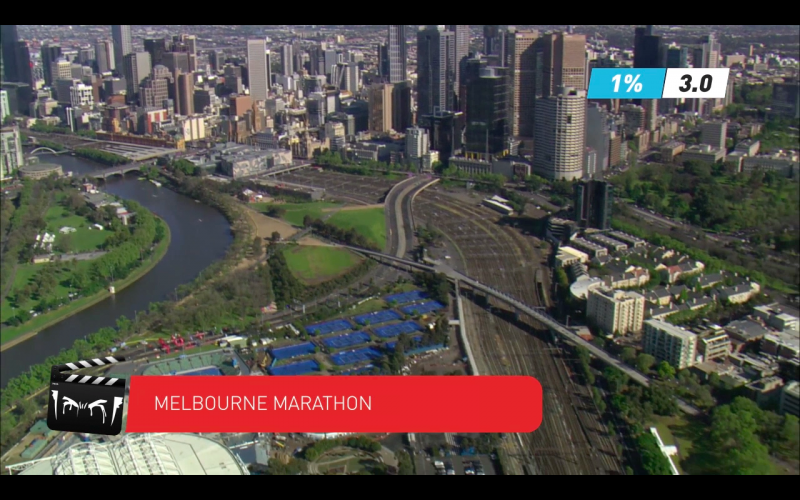 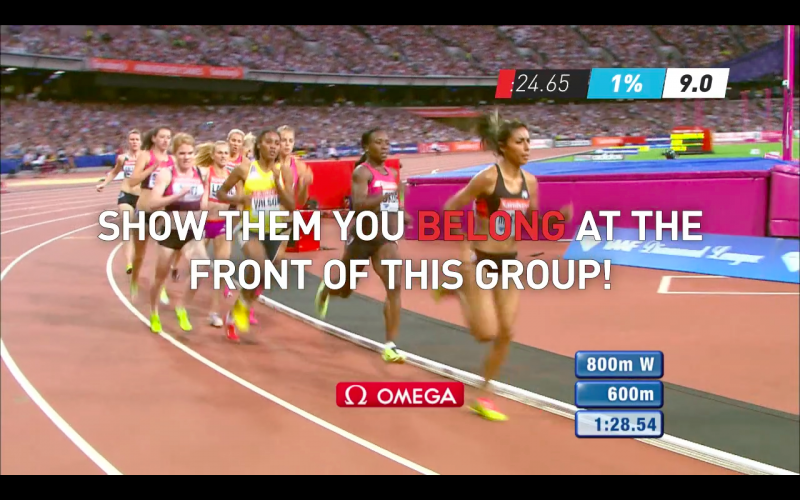 The instructions are visual and easy to follow. You get a short tutorial at the beginning of the video, which you can fast forward through if you’re already familiar with it. 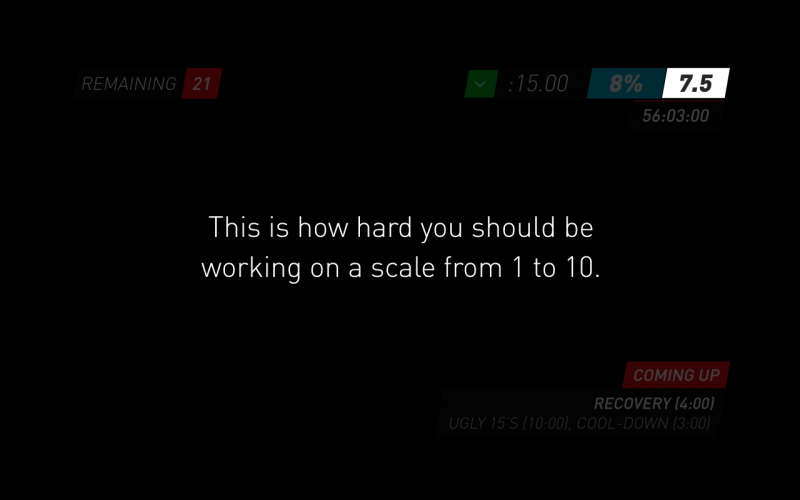 There are also some auditory cues (sound effects like screeching brakes, revving engines, and gun shots) in case you miss the visual instructions the first time, which can happen because you’re running instead of spinning on a stationary bike.

The music is rhythmic, pumping, and motivating. I really loved how the beat helped me keep the tempo up on my leg turnover. It was also a nice touch for some of the sound and commentating from the footage to bleed through to provide atmosphere and an additional boost.

When you start getting into the meat of the run training workout, though, the music recedes in your consciousness and you’ll be mostly hearing the sound of your feet hitting the treadmill belt and your breath huffing and puffing laboriously. But I really like that you get technique advice and reminders especially when the effort level goes up and fatigue sets in — this is when you need good technique the most! 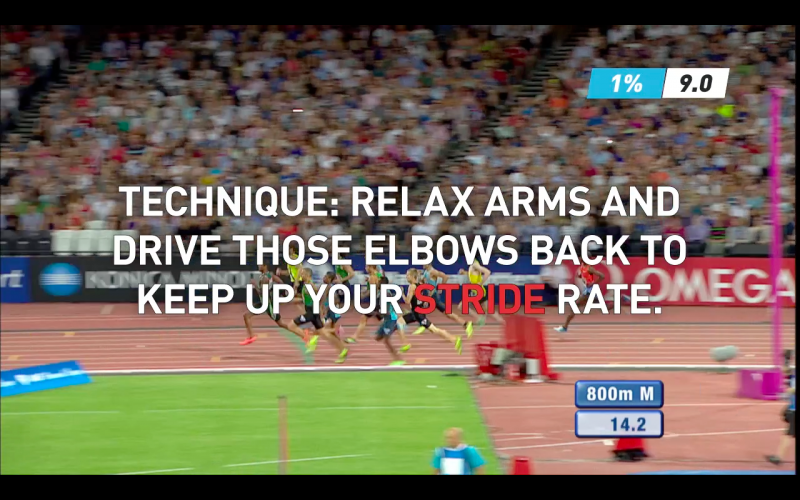 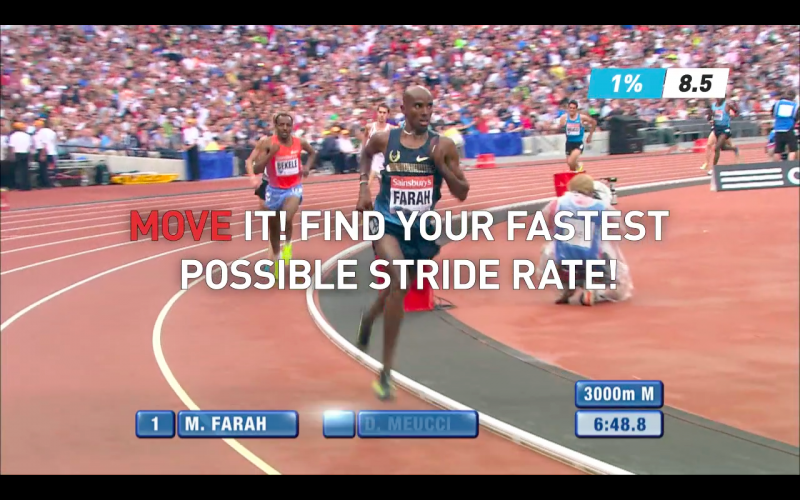 What I loved the most about “Steamroller” though is how affirming it is for a runner. It makes you feel like, yes, you can certainly run with the Kenyans and the track stars and make them suffer. I love laying down a smackdown and burning up the road at races. This gave me that same feeling, like I’m superhuman. Oh, wait… Like I’m a steamroller and CRUSHING MY COMPETITION! 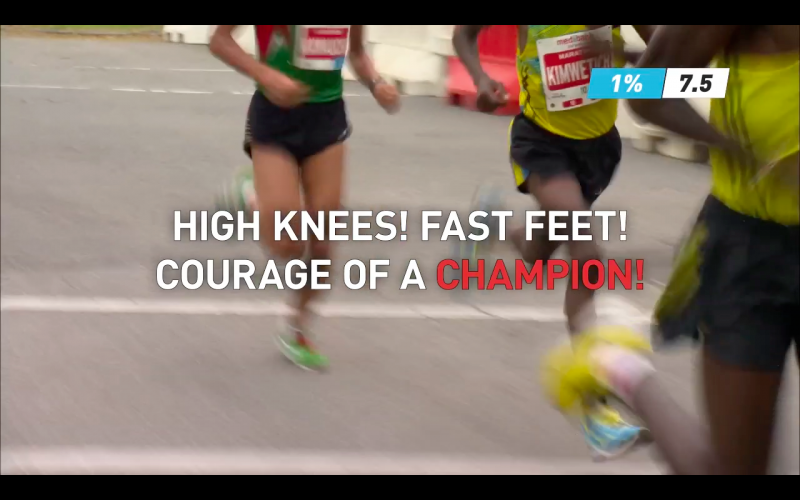 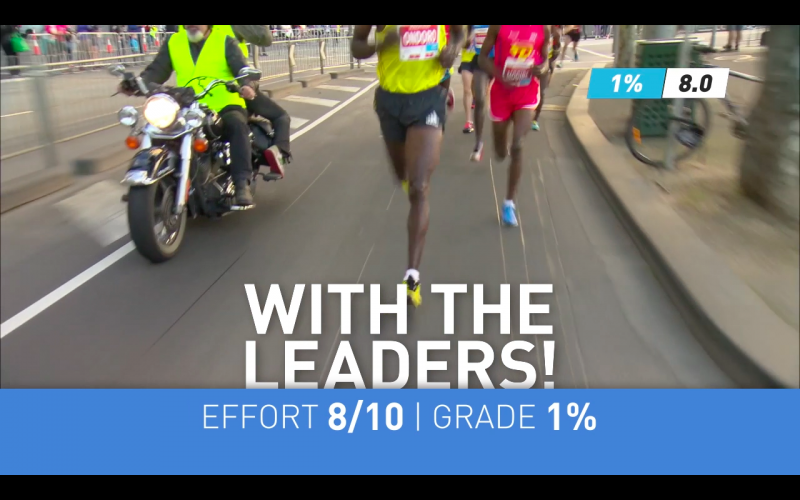 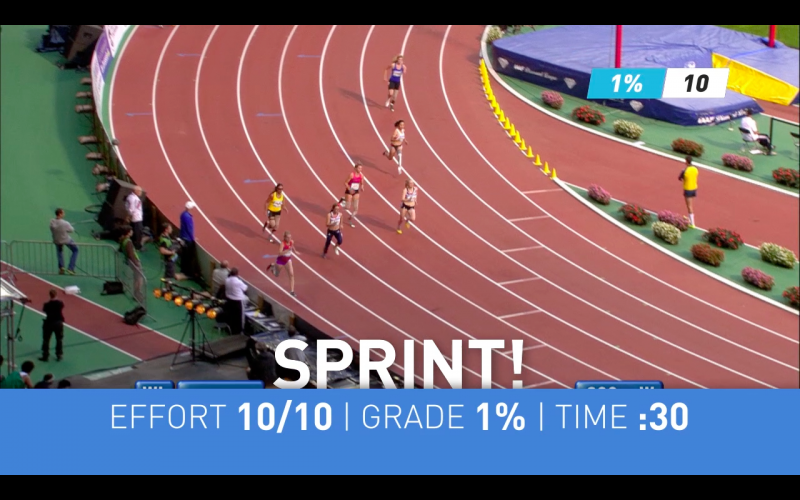 Because it’s based on perceived exertion if you’re feeling good on the day you can go really hard. On the day I did “Steamroller” I kept piling on the speed and still didn’t look like this: 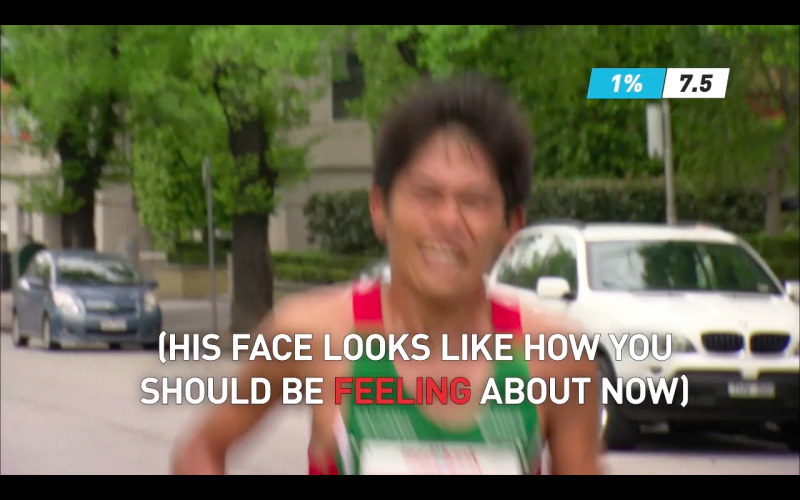 The total duration is just under 45 minutes. I started my treadmill as soon as I started the video, so my total time was a little longer.

Because it was my first time through the video I may have been slacking since I didn’t know what was coming up. Also, the treadmill took too long to change between speeds, so especially in the shorter intervals I didn’t stay at speed long enough. You can remedy that by starting to up the speed earlier before the next fast interval starts.

I was also viewing the video on my dinky little iPod Touch screen, which made it hard to see the countdowns on the top right corner. Maybe if I were using my Globe Samsung Galaxy S5, the larger screen would have made the numbers more legible.

This is a great run training session you can do on a treadmill, which makes it very convenient and time-efficient. The music and visuals make it mentally easier to get through than, say, a session on a track. And if you know how to make yourself suffer, with consistency you’ll definitely improve.

The final video for “Steamroller” will be out on July 20 along with two other videos titled “The Machine” and “Revolver”. For more information, check out thesufferfest.com, follow @thesufferfest on Twitter, and like The Sufferfest Facebook page.