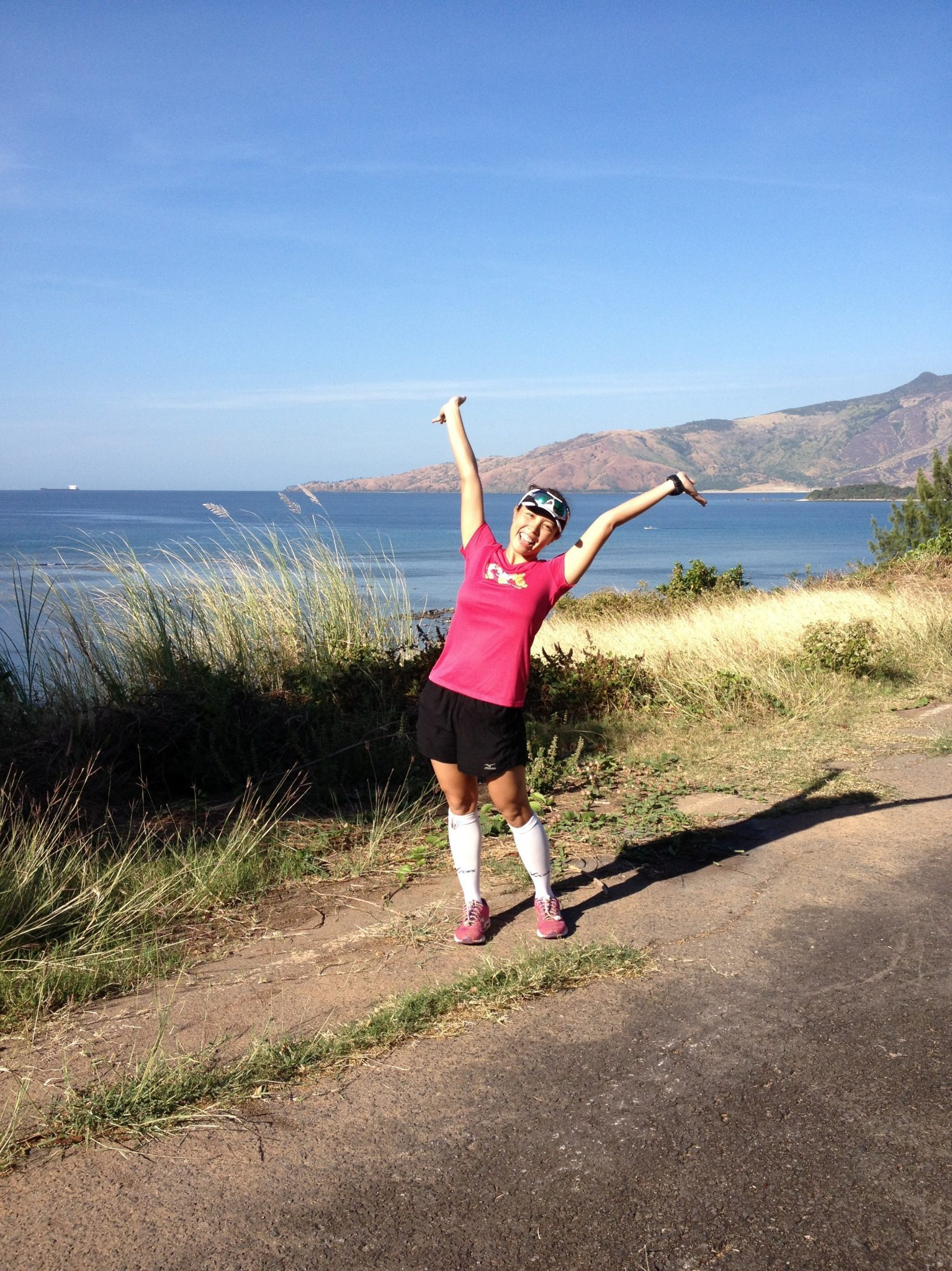 Yesterday someone gave me a heads-up on a News 5 story that aired on Saturday. In this clip, reporter (and head of TV5’s news and public affairs) Luchi Cruz-Valdes reveals the shocker that couch potatoes and high-mileage runners had shorter life expectancies than those who ran moderately. OK guys, time to throw away my running shoes!

…Of course I’m kidding. The problem with television is that airtime is expensive, and so unless the show is really meant to delve into all sides of a story, coverage will be shallow just like in the clip.

The “research” referred to is the “Masters Running Study”, which is a self-selected online survey conducted by the Cardiovascular Research Institute in Lehigh Valley. The preliminary results were discussed at a meeting of the American College of Cardiology last week.

What I find puzzling is that none of the people involved in creating the piece did their due diligence before reporting. A simple Google search would have turned up articles on Runner’s World and Outside Magazine that addressed this supposed revelation.

Outside Magazine: Nope, Running Isn’t Going to Shorten Your Lifespan

Researchers generally agree with the idea that there is a threshold after which more exercise can have adverse health effects. What they don’t agree on is where that threshold lies, a fact that may take more than 10 years from now to discern. (Why? It takes thousands of subjects enrolled in a study over a decade or more to figure out something like the effect of endurance exercise on mortality.)

Last week’s headlines referred to ongoing research called the “Masters Running Study” that hopes to one day draw its own conclusions about running and mortality. But it hasn’t yet. That’s why the headlines are wrong. (emphasis is mine)

Runner’s World: Will Running Too Much Kill You?

This makes it sound like the new study found evidence that high-mileage runners have shorter lifespans. It didn’t. The study is simply an online questionnaire called the MASTERS Running Study that anyone can fill out — in fact, you can go there now and fill it out if you like. It asks a series of questions about how old you are, how much you run, whether you have high blood pressure, how often you take painkillers, and so on. That’s it. That’s all. It has no follow-up and no data on how long you live. (emphasis is mine)

The Runner’s World article goes on to discuss the National Runners’ Health Study, which found the cardiovascular health benefits of running keep increasing, even for people running more than 39 miles per week.

The news story above makes the (very laughable) conclusion that people should limit themselves to 2 to 3 hours of slow-paced running a week. The Center for Disease Control recommends that amount as only the bare minimum and actually encourages older adults to go up to 5 hours of moderate-intensity aerobic activity for even greater health benefits.

I understand that there can be too much of a good thing, and at some point my body is not going to appreciate excessive mileage. I also know that I want not only to live long, but to live those years really well. Running may not add years to my life, but it adds life to my years. And at the end of it all, no one really knows when it’s their time to go. 😉

I’m keeping my running shoes, thank you very much! I plan on using them for a very long, long time.

6 thoughts on “Can Running Make Your Life Shorter?”