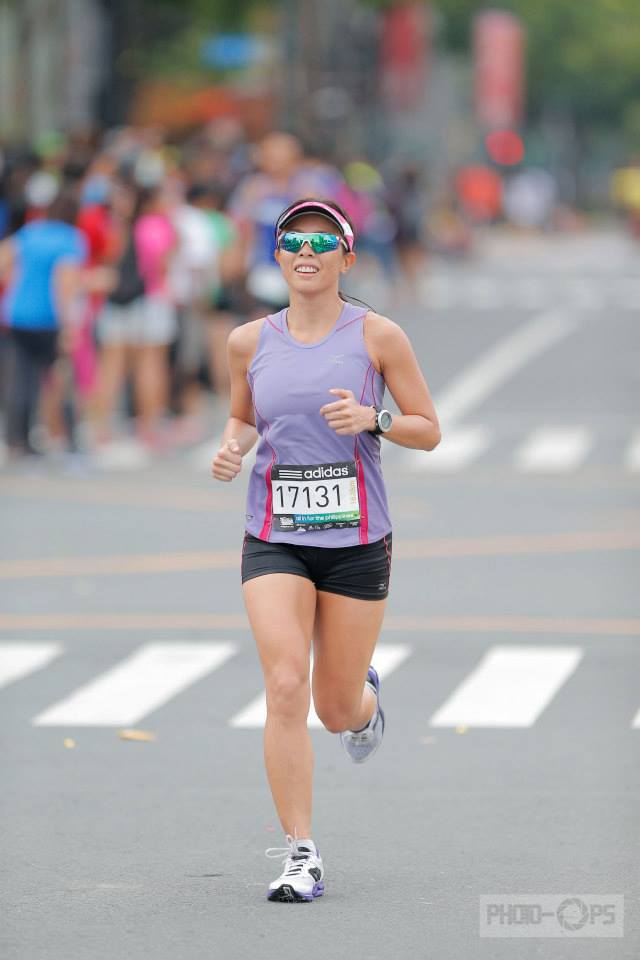 When I planned my 2013 racing season, I knew that I would have a big focus on triathlon because I wanted to finish my first half-ironman at the Ironman 70.3 Philippines in Cebu. I had no idea where else that simple goal to do well at one race would take me.

I had to step up everything I’d been doing to work on my weaknesses and play to my strengths. I met and trained with amazing people, and found the right tools to help me structure my training. I appreciated the friends who saw what I was capable of, and helped me believe I could achieve it.

The shorter races were the little stepping stones on the way: Aquaman and SuBIT that showed me how much work I still needed to do, Triman and 5150 that affirmed I was on the right track physically. However I think it was at Adidas King of the Road where the mental and physical came together and I understood the role of mental fortitude in keeping the body going. When Ironman 70.3 Philippines rolled around, I had this sense of calm and certainty that I could finish it. And I finished above and beyond my own expectations.

But that wasn’t the end of my year, nor was that all that 2013 had to offer. After Cebu, I set new PR’s in 10K as well as in standard-distance triathlon. Aside from continuing with Mizuno and Lightwater, I also started working with Ceepo, which was awesome for my development as a triathlete.

Also, in my 2012 yearender I mentioned that I hadn’t achieved some goals, but knew I had the next year to achieve them. In 2013 I finally got that elusive first-place finish at a 10K, and was able to race overseas. I still haven’t run another marathon, but there’s always next year… 😉

One thing that happened this year has certainly put an exclamation point to it and set up my 2014 to be an even bigger year. I met the people bringing Challenge Family to the Philippines and raced twice with them: at the Subic Invitational Triathlon and at Laguna Phuket Triathlon. I’m looking forward to more triathlons with the Challenge Family even after Challenge Philippines.

I’ve been very blessed this year not only with the things I’ve been able to do, but with the people who surround me. My family, friends, Team Endure, Kassy, Raymund, Nonoy, Chris… Thank you.

What’s in store for next year? I’ve got some long-distance goals that will challenge what I’m made of. I really enjoyed traveling in the latter part of this year, so I hope I can do some destination races and tell you about how people run in other parts of the world. But of course, I always want to come home to the Philippines and continue to experience the vibrant running community here.

Next year, will you go above and beyond what you think is possible?