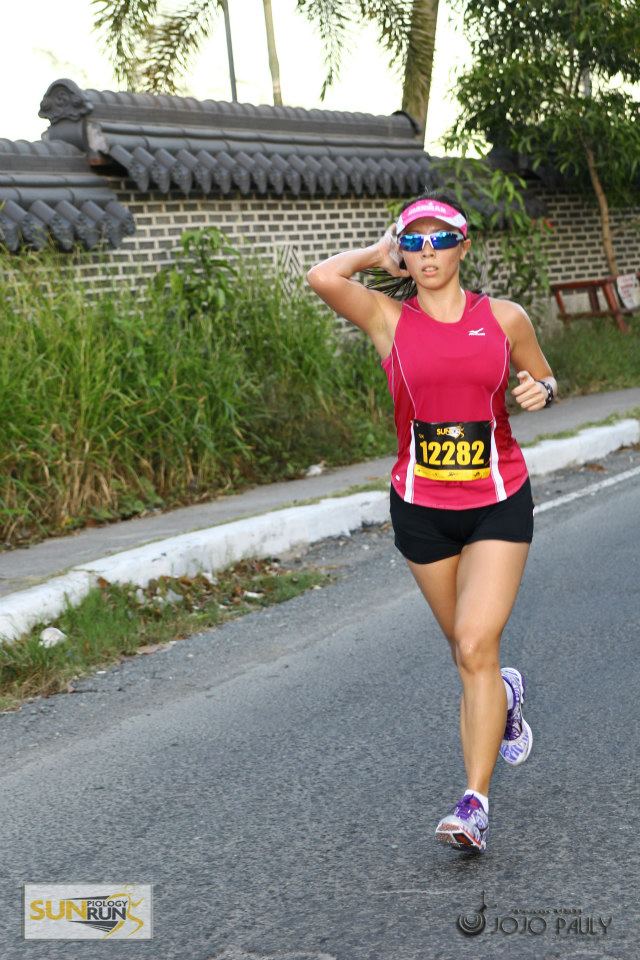 In writing this year-ender post, I’ve just realized that this is my third year in running. Wow. Now I know there are people out there who have been doing this for far longer than I have, but for me logging three years doing something is a big thing. It marks the difference between a passing fancy and a permanent part of my life.

I don’t know if you’ve noticed, but I did most of my races this year without a definite time goal. I know most coaches would say that’s a recipe for non-improvement, but improvement wasn’t what I was looking for this year. You could say I’ve been trying to rediscover the purpose behind my running (and blogging about it), aside from its fitness benefits. What is it all about? And what am I all about?

2009 was the year I discovered my love for running races. It was a simpler time; I was still breaking new ground with the distances I was running and the PR’s I was setting. I didn’t have a Garmin then so I ran on feel. Back then, it wasn’t about doing well at the races. I ran for fun and if I ended up doing well, then great! I didn’t have a lot to pout about.

After three years, races tend to merge together in my memory. I realized that the blog entries most people connect with aren’t the race reports, but when I write about how to run faster, or getting injured, or running hills, or running in a different country. Not every runner gets to race the same races, but we all go through the same journey on the road.

So this year, I tried not to focus on performance at the races (although I ended up doing more races this year than last year!). I only had two target events anyway: my first standard-distanced triathlon (SuBIT) and doing the bike leg at Ironman 70.3 Philippines. Neither required me to train for running long distances, so I had the liberty of running 5K’s and simply maintaining fitness for my favorite distance, 10K. My 5K’s were fun: sand and surf at Skyathon, obstacles at Urbanathlon, costumes at Midnight Run. 10K’s took a bit more work, but from my comedy of errors at Timex Run and lack of training at PDA Run I regained my speed at the BMAP Run. My favorite 10K race of the year was at Milo. I didn’t realize I was a contender for podium until halfway through! Of course, I chose to end my year on a high note doing a 5K at Race for Life, a race that has always been special for me.

I didn’t achieve most of last year’s goals. I didn’t run a marathon, didn’t get 1st place at a 10K, didn’t get to race overseas. But that’s okay; at this point I’ve come to realize there’s always the next year to try again.

At the same time I’m overwhelmed at how blessed I’ve been aside from the races. I was featured in Runner’s World alongside other running bloggers and was a Tatt Awards finalist. I’m honored to represent Mizuno and Lightwater. But I count this as the biggest blessing: that I finally know (or know again) why I’m here both as a runner and as a blogger. Sure, personal achievements are great, but they’re just the bonus on top of doing what I’m here for: to help inform and inspire people to make the best of who they are not just as runners, but as God’s creation.

“I believe God made me for a purpose, but he also made me fast. And when I run I feel His pleasure.” — Chariots of Fire

Next year, will you maximize what you were created for?