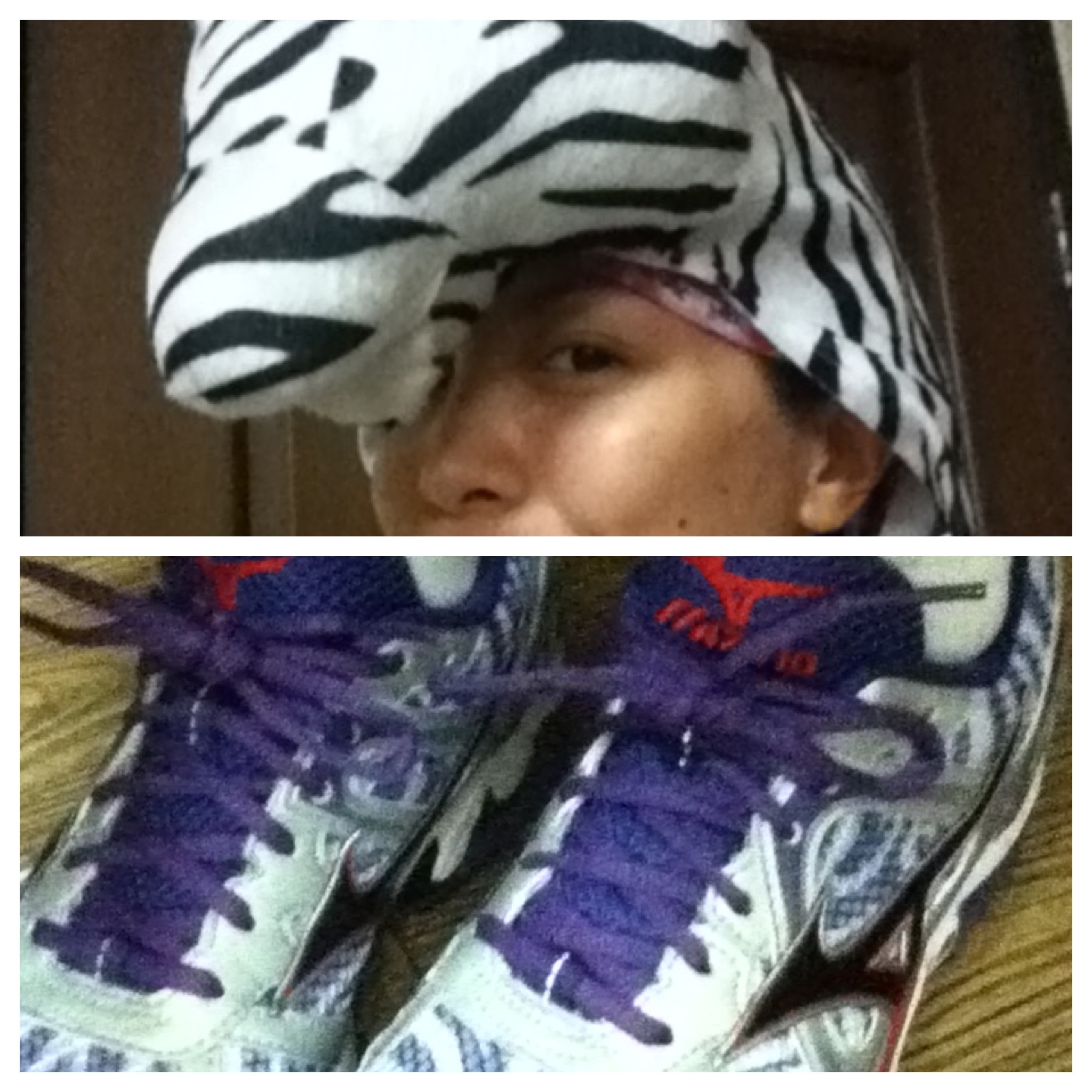 I had a fun time running in the White Plains/EDSA area at the Midnight Run 2012 last Wednesday. After procrastinating on buying a costume, it was slim pickings at the department stores by the time I finally made my purchase on October 31. (Yes, I know, super late!) The zebra head was pretty itchy inside, so I layered on a Headware buff inside. I would end up flipping off the zebra head during most of the race, putting it back on only for pictures.

just one of the wildlife (photo by Tong Pascua)

The gunstart ended up being delayed while the MMDA secured the portion of the route that would be run on EDSA. This was a first for Philippine races, so I understood how the logistics would be difficult; aside from us runners, there were huge number of vehicles already on EDSA heading off to the provinces. I amused myself by staring at all the costumes people showed up in. I understood that Adobo Run had been held some weeks earlier, but it looked like these runners at the Midnight Run were gunning for the costume category prizes. Some of the costumes were so intricate that they couldn’t be run in, which was fine because the race wasn’t timed, anyway. Sing with me: whoa hoooo, caught in a Bad Romans

The race was a bit more rough-and-tumble than I expected, with one gunstart for both 5K and 10K and hardly any lighting in some sections. After a tough time weaving through walkers, I finally found my rhythm and started running in earnest. I didn’t turn on my stopwatch because I was honestly not racing this, but just trying to have fun. We traversed Bonny Serrano, passing right in front of Camp Aguinaldo’s gates. I was busy musing on the weirdness of the race and repeatedly overtake a male runner who kept overtaking me when I realized: Bakit puro lalake na ang kasama ko dito?

As I ran toward the finish line, I had to go through a “cemetery” avoiding ghouls before ducking into a long tent that served as a haunted house. I knew there would be some scares and surprises in there, but right before I entered, the runner who’d been leapfrogging me burst ahead of me. So, he ended up getting the brunt of the haunted house occupants jumping out at him, while I walked merrily along saying, “Hello!” before they’d had a chance to hide themselves again. LOL

So the reason I was running only among men in the last few kilometers of my 5K was that I was actually the first woman to cross the finish line for that distance, and probably the first runner to do so in costume. Hee hee! I’m going to hide this in a box. So creepy!

It was nice to see a great turnout for this race. Although some aspects of the race could have been handled better (post-race program and awarding took waaaay too long), I think overall people got what they came for. THREE-AND-A-HALF KIKAY PINKIE FINGERS out of FIVE.

3 thoughts on “Midnight Run 2012: Where the Wild Things Are”