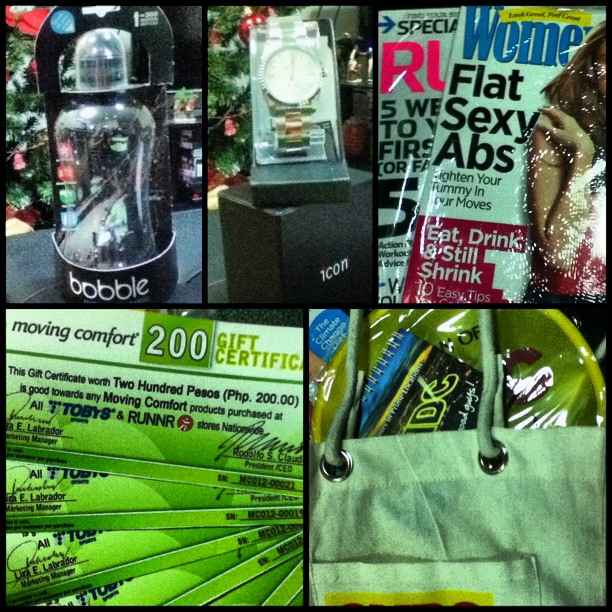 Throughout my years as a running blogger I’ve been given many blessings — even more than I can really use or enjoy for myself. I’ve taken to giving some away to friends and family. This year, in keeping with the Christmas season of giving, I want to share these blessings with you, my readers.

So, what items are up for grabs? The grand prize items are (clockwise from top left):

The grand prize will be bundled with a foldable fan, small notebook, and pen inside an SMDC ecobag which I received at the QCIM press launch. Much as I hate to part with the ecobag because it’s got handy pockets inside and a magnetic clasp closure, the winner’s got to have something to carry all their prizes with, right?

As for the Moving Comfort GC’s on the bottom left, I received them from a male friend who won them in a raffle (so obviously he has no use for them). I have ten (10) gift certificates each offering a P200 discount on Moving Comfort items. I’m giving these out as consolation prizes to the first 10 women to submit entries to this contest.