I’ve always envied people who could wear racing flats. Being a moderate overpronator, I find that my feet hurt in shoes which don’t offer support. Unfortunately, support always comes with a trade-off in weight. It’s difficult to find a shoe that gives my feet enough support without feeling and handling like cement boots.

I was on the lookout for a race-day shoe to use in my first sprint triathlon when the Wave Elixir 6 caught my eye. With its blue and lime colorway this season for women, that’s not hard to do. 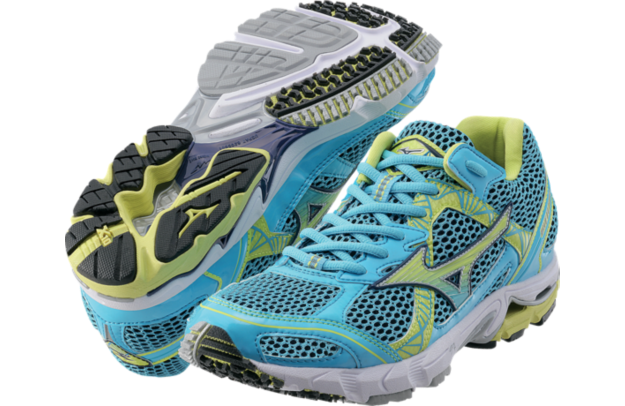 But even better than its look were its features. It offers stability with Wave plate technology that controls the outward roll of an overpronating foot, but its construction offers a lightweight speedy ride like no other shoe I’ve had. The mesh ensures my feet dry quickly (important in a triathlon) and stay cool. The raised heel counter keeps my foot in place without chafing. Its toebox has a sleek low profile but is surprisingly roomy, allowing a comfortable fit, although I had to go up half a size than my usual.

On race day itself, I transitioned from my bike shoes into the Elixirs and sped off on the run. It was only 5 kilometers, but after a tough bike ride I needed any advantage to make my legs feel less heavy. Thanks to the Elixir’s barely-there weight, I was able to post one of the fastest run splits among the women.