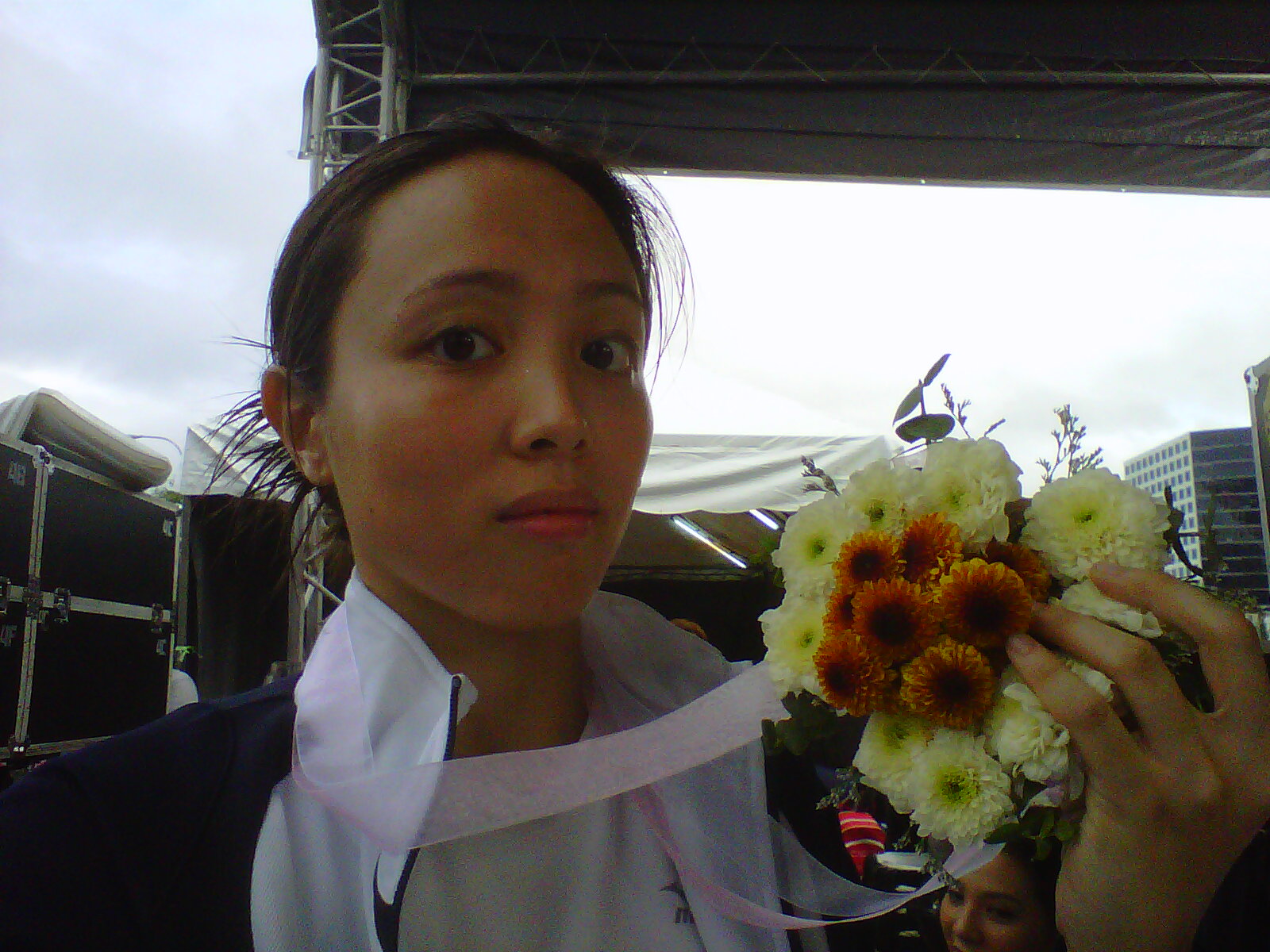 Freaky weather these days; we’re well into the second “-ber” month but it’s still annoyingly hot when the sun’s shining, or miserably raining when it’s not.

One of the races that got hit by the uncertain weather was the Avon Race to 125,000 Kisses. Originally meant to be on October 2, a forecast of stormy weather postponed it to the next week.

My mom, dad, and I were supposed to run it, but on race day only I stepped up to the starting line. There were still plenty of people, men and women, who showed up as well, quite a good showing considering this race’s pink and black singlet seems targeted for women.

The run itself was uneventful. I wasn’t feeling at my best, so as soon as I was confident that the woman behind me couldn’t catch up to me and that I couldn’t catch up to the woman in front of me, I just allowed my body to fall into a comfortable rhythm. I finished in 54 minutes, my slowest 10K in years, but I was just glad for the exercise.

So I went back to my car and changed into some dry clothing. As I headed back to the event area to find some food, I heard my name being called. When I went to the technical booth, they asked for my bib number because they wanted to confirm whether or not I came in third place!

I had been keeping track, so I knew that there had been three women ahead of me through the first half of the race. I lost sight of the third placer so I just assumed that she was way in front of me. Apparently, at the last U-turn for 10K she must have gone straight and taken the further U-turn (for 5K), so she finished in 57 minutes. I had taken the correct U-turn and had inadvertently overtaken her.

So, even if it did feel kind of strange — I wasn’t even called onstage anymore because they had announced the winners some minutes before — I accepted the token cash prize and gift bag from Chris Sports. Sometimes you’re the wheel, and sometimes you’re the road… Well, this is unexpected.

It was a good race; I only wish my parents had been there with me. I give it FOUR KIKAY PINKIE FINGERS out of FIVE!