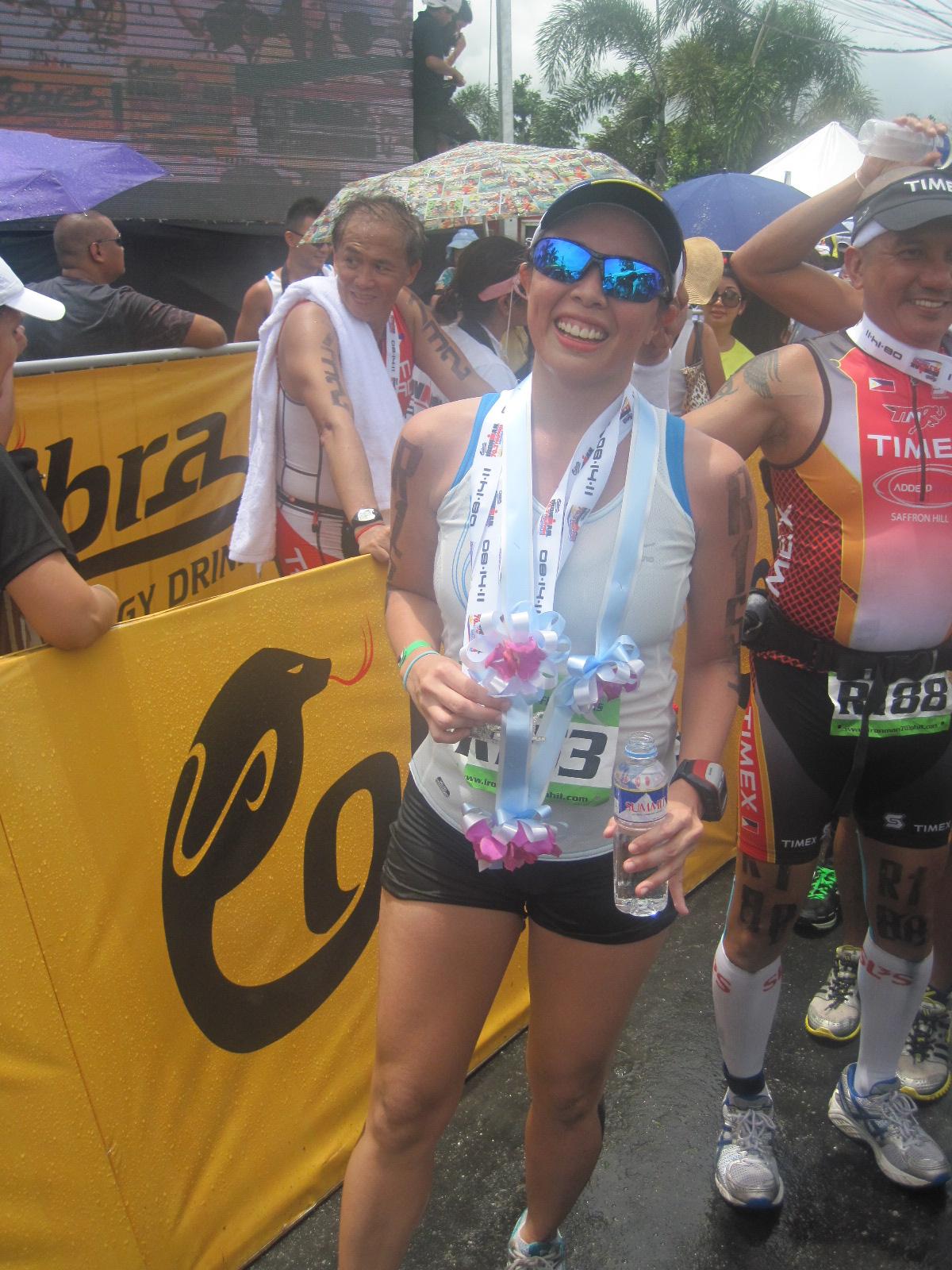 
As I write this, my Ironman 70.3 weekend in Camsur is nothing but a memory — except I have pictures, merchandise, and a (relay finisher) medal to prove it really happened!

God knows the kind of person I am: I wouldn’t have been able to sit still and wait for people to finish the race and just be part of a support crew, especially since this could be the last edition of the Cobra Ironman 70.3 Philippines (negotiations are still underway for renewal of the franchise and for a possible new venue). That’s probably why He paved the way for me to participate, if only as a relay runner. Running is still my strongest suit and one discipline I can do at the snap of a finger, even if it means risking not being able to walk properly for the next few days.

On Saturday, my teammates and I volunteered to be run marshals for the Alaska IronKids triathlon. For our hard work, we got to be up close to the run action, wear really cool marshal T-shirts, and rub elbows with luminaries from the tri community. Hee-hee! With Coach Ani de Leon-Brown. Guess who looks preggy in this photo?

I always wish I started triathlon earlier; these IronKids are so lucky to learn all three disciplines, and to learn the discipline and perseverance needed to finish the race. They are all so adorable, too! After IronKids, I wanted to experience a little bit of what Sunday’s athletes would go through, so I joined a few of them swimming Lago del Rey, one of the two lakes used in the IM 70.3 swim leg.

The lake is man-made and visibility quite low; I have trouble in open-water swims due to the salty taste of the water and presence of jellyfish, but this felt more uncomfortable. I didn’t even try to get to the turnaround of the full loop, since I knew I’d have to swim it back as well. So that ended Saturday’s attempt to experience IM 70.3; I spent the rest of the afternoon sunbathing beside a clean, chlorinated pool. I’d save my energy for the next day’s exertions.

[youtube https://www.youtube.com/watch?v=j_BuGoxv5UM?rel=0]
Cobra Ironman 70.3 as seen from the air

I was up early on that drizzling Sunday morning to be body-marked alongside my relay teammates, but I wouldn’t be running until around 10:30am. So while Ashlee our swimmer was churning up the lakes and Vikki our cyclist was tearing up the rain-soaked roads, I was sitting on my haunches. Waiting is so hard to do! Finally Vikki returned, which was my signal to run. The rain had stopped but it was still overcast and the roads were still slick. I shortened my stride to avoid slipping, but tried to maintain a quick enough pace to finish 21 kilometers within two hours. I had a feeling the sun would come out at midday and I wanted to avoid the heat, especially in the segment of the run known as the “Rice Cooker”: a long loop through rice fields with no shade.

This is only after the first kilometer…

It wasn’t a cool run. The rain hadn’t been torrential, so the air was warm and humid as if I were inside a giant steam room. Also, since I kept dousing myself with cold water, my body markings started to melt off. Past the halfway mark, I hit a stretch of unpaved muddy rocky road. It was tough on the ankles and I struggled to keep my pace up. And then on the last five or six kilometers, the sun came out in full force. When I finally made it to the finish line 2 hours and 6 minutes after I started the run, I was very thankful I’d survived. That run was tough on my fresh legs; I couldn’t imagine doing it after a 1.9-kilometer run and 90-kilometer bike ride. My respect for those who had done the whole 70.3 distance solo skyrocketed after my relay experience.

with a real Ironman 70.3 finisher

It makes me wonder if I could ever be fit enough or determined enough to do an Ironman 70.3, which is just half the distance of a real Ironman triathlon. But you know what? I wouldn’t say “no” to that. Ü

* photos except where noted are by Philip Castro