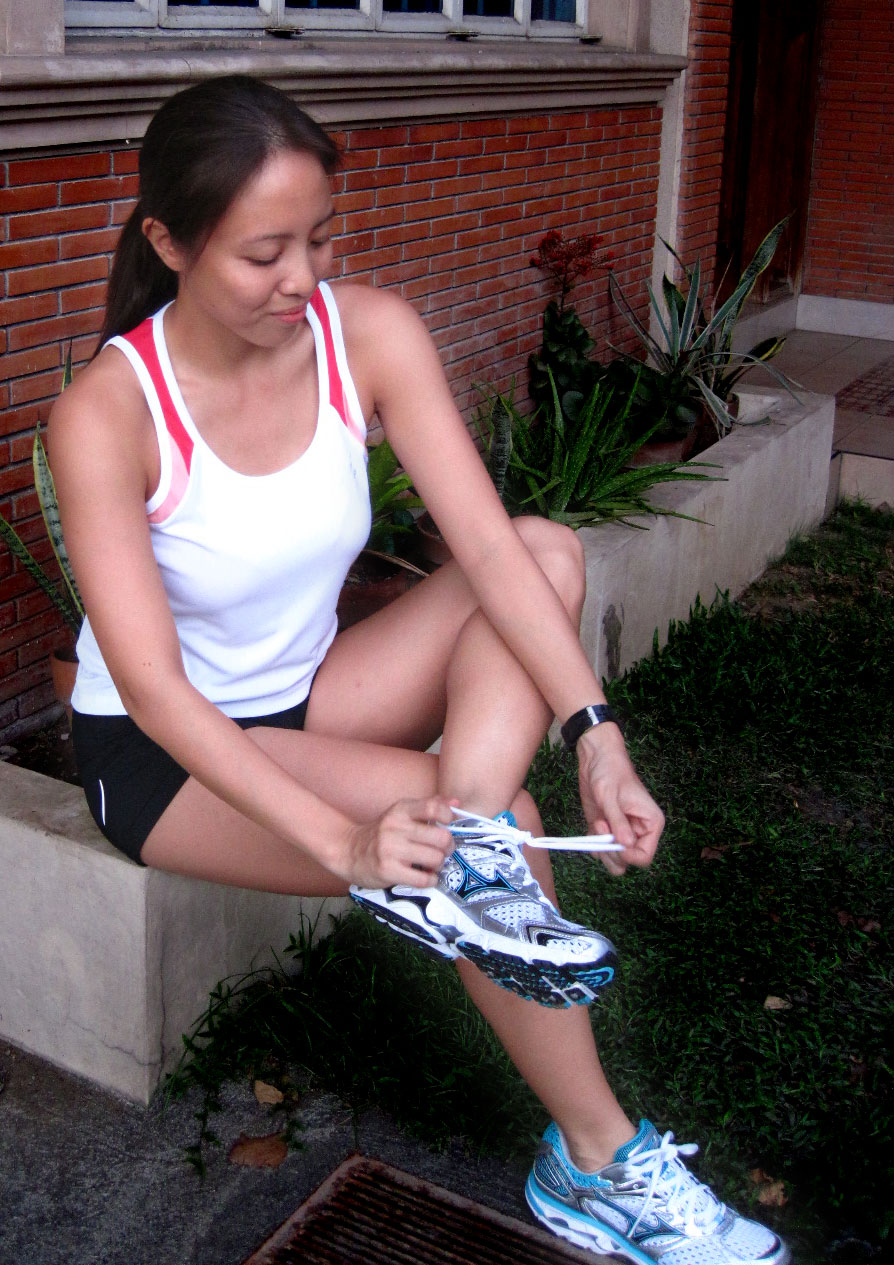 One of the best parts about being an ambassador for Mizuno is receiving the latest running shoe styles. Since I am an overpronator with issues in my right ankle, I’ve always gone for stability shoes.

I’d been running in a pair of Mizuno Wave Inspire 6 shoes for a year when I received the Inspire 7, this year’s update. From appearance alone it was already obvious that major changes had been implemented in the shoe design. The sole, especially the heel, is beefed up for hard landings, and the forefoot area now turns upwards to encourage more efficient toe-off. Heel-strikers (like me) will benefit from all these design changes, although I noticed the trade-off in the weight of the shoe. The Inspire 7 is heavier than the 6. The reason for this is most users of the Inspire asked for more support and stability, and Mizuno gave it to them.

The shoe last has also changed, making the toebox slightly narrower and the heel cup deeper so that the shoe wouldn’t flop around too much. Due to this, I had to move up a half-size for a more comfortable fit.

I used these shoes straight out of the box for the Athena Run for Women last March. I noticed how springy they felt, which was perfect for those flat roads at MOA where you really need to keep pushing to stay at a steady pace. I broke my 5K PR in those shoes, and they were comfortable enough to walk around in post-race as well.

However, due to the slight increase in weight I haven’t been inclined to use them as race-day shoes. I’ve been running a lot of 5K races lately and prefer to go light on that short a distance. So I’ve been using my Inspire 7’s as training shoes.

Last Sunday at the Greenfield Run for Clean Air, I was registered for 10K and knew I would need more support for the longer distance. Out came the Inspire 7’s — and they were just right for a 10K on those concrete roads in Laguna.

I wonder how they’ll feel in a 21K race?

The Inspire 7 is a good stability shoe, albeit not as light as its previous version. It fits better on my feet and is very comfortable especially as the distance increases. I’m looking forward to using this shoe in future long-distance races as well as in training.