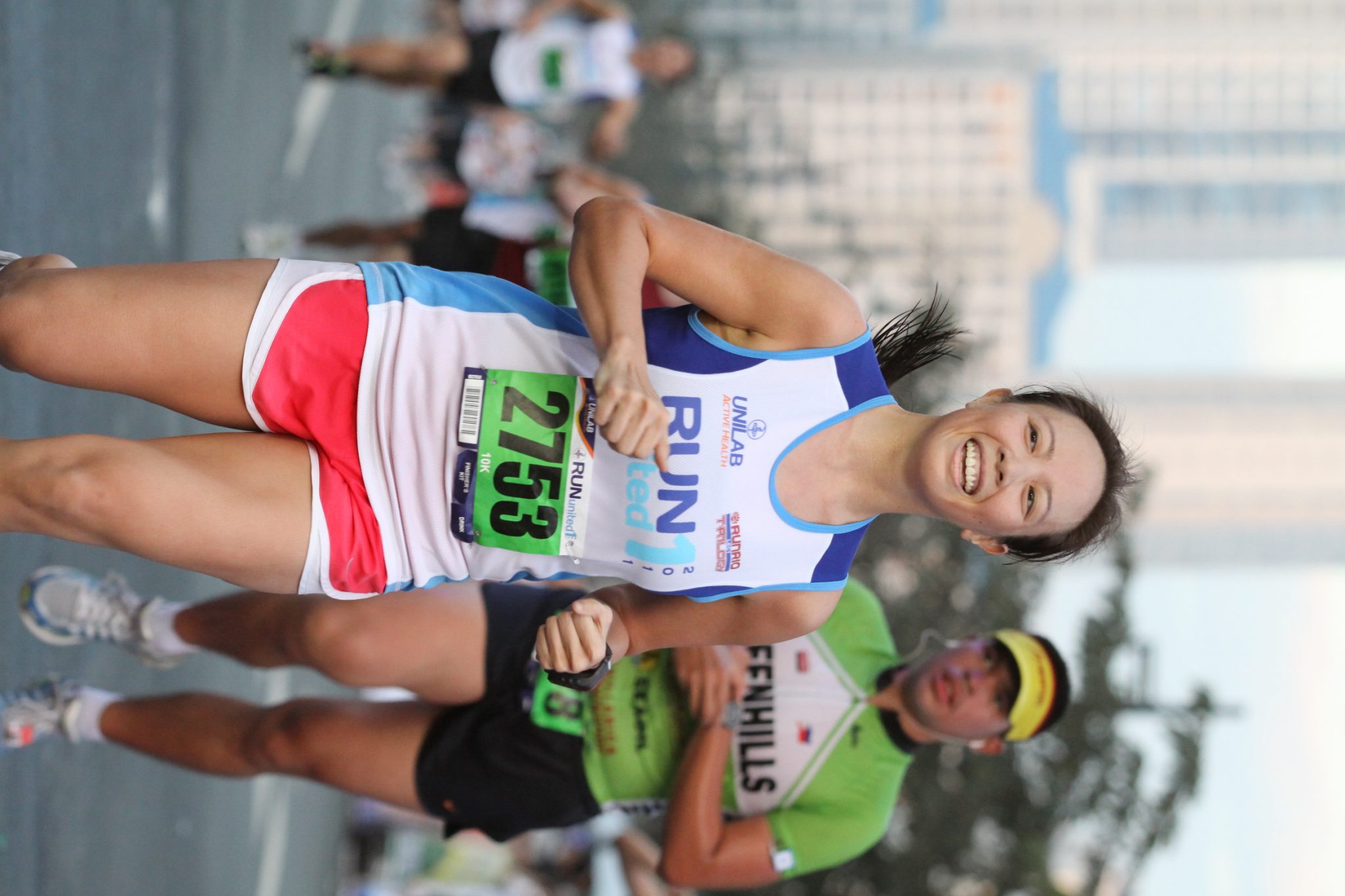 I almost didn’t make it to my 10K at Run United 1. Given my enthusiasm for my upcoming SuBIT triathlon, I fell prey to the worst thing to happen to an athlete aside from injury: overtraining. After a nasty headache, a running nose, a low-grade fever, and fatigue leading up to Sunday, I was glad I’d only signed up for 10K. And since I still wasn’t feeling 100 percent, I downgraded my ambitious goal from “set a new PR” to “finish under 50 minutes”. It took the pressure off and set me up for a fun time on the race course. I was just happy to be there.

Given my 3rd-place finish last year, I really wanted to defend the title as well. So, I thought, I’ll do the best I can and stay with the lead pack, but getting third place would just be a bonus if ever. (Yes, you can call me ambisyosa.)

With so many long-distance races in my recent memory, the 10K went by quite fast, even if I had to slow down and weave my way through the tail end of the 21K, which had been sent off late. When the 21K diverged from our course, and I saw how many 10K runners were actually ahead of me, we were already beyond the halfway mark. I knew the lead women were many minutes ahead of me when I couldn’t see a single one of them. And then, I was done! As I crossed the finish line one of the marshals asked for my name, and when I asked which place I was in, they answered that I was the fourth female in the 10K. Yay! 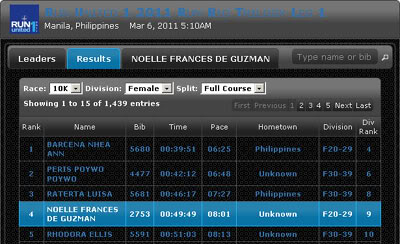 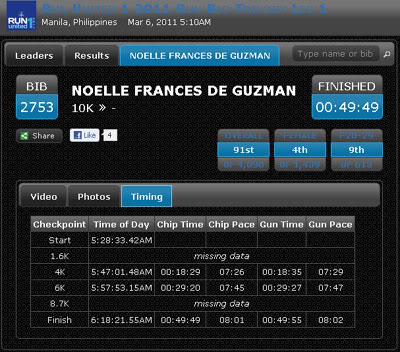 results and analysis by BazuSports

One of the charms of running a shorter distance is there’s a lot of time post-race to enjoy the festival area. Sadly, I only had enough time to claim my Unilab ActiveHealth finisher’s kit, change my shirt, and have a quick breakfast with my family before I had to leave to make it on time for a fitness workshop at 9 a.m. I missed seeing Rovilson host the post-race program and finding out that my co-worker Michelle Estuar won first place in the 21K. (And she showed up to our fitness workshop that same day too. Lakas talaga.)

As the first leg of this year’s RunRio Trilogy, Run United 1 was a good start, introducing some innovations that will become standard in future RunRio races. The experience wasn’t as smooth as last year’s Run United 1, but it was definitely better than the Century Tuna Superbods Run (last year’s RunRio Trilogy Leg 1). With 12,500 runners on the road for Run United 1 there were bound to be a few hitches, but nothing that can’t be smoothed out. I give this race FOUR-AND-A-HALF KIKAY PINKIE FINGERS out of FIVE.