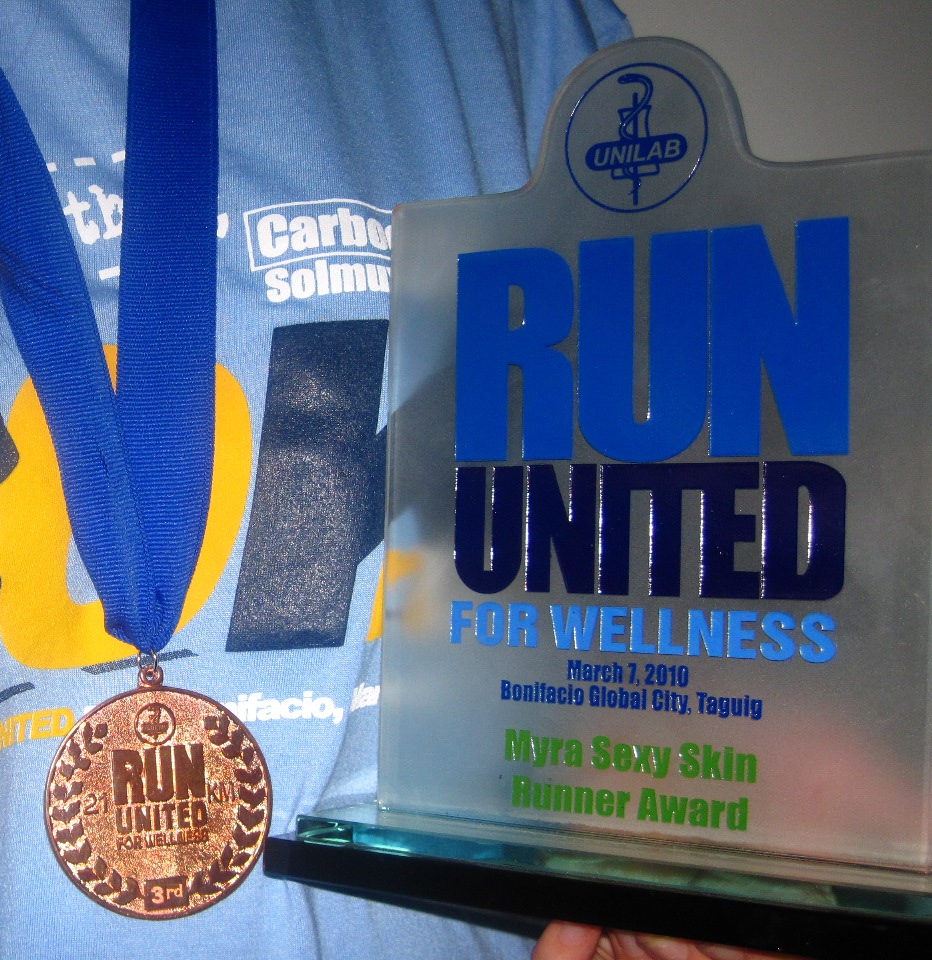 Last January I received a complimentary race kit to participate in Run United 1, the first leg of the RunRio Trilogy. I chose to compete in the 10K category. To my surprise a lot of people wondered why I’d go for a shorter distance when I already have half- and full marathons under my belt.

The answer lies in why I started running the longer distances in the first place. I initially started running 10K’s because of the exercise benefits. The 10K is long enough to be physically challenging and weight-loss-inducing, but short enough so that I could be done in about an hour or less.

I did my first 21K at Condura last year because I wanted to see if I could do it. I had no plans of bumping up my mileage after that. Then I got it into my head that I wanted to run a marathon on my birthday (Milo Marathon elims), so I did a few more 21K races and some longer training runs to prepare my body.

If you noticed my race calendar last year, after Milo I went back immediately to the shorter distances. It was only when I had to start training for the Milo Marathon finals that I did another 21K and then a 32K.

Now that I’ve tried almost all the distances available at races (I’ve never done a 3K!), I want to get faster at them. I scored my first sub-50 minute 10K at last year’s Run United 1, and I want to see if I can set a new PR at the same event.

What distance to run at a race is a choice depending entirely on the individual’s goal. So what’s your goal this Sunday at Run United 1?

12 thoughts on “The Distance Dilemma at Run United 1”