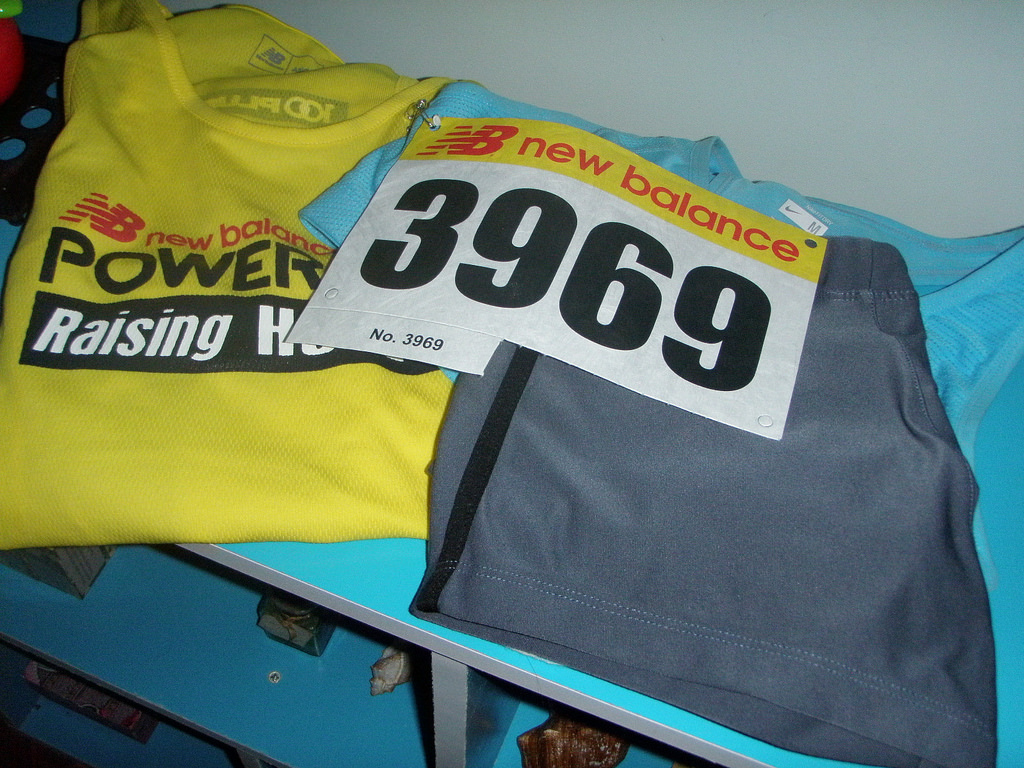 I’ve been down with a cold all week (probably from the exertion and exposure mountain-biking at La Mesa Dam), so I haven’t been able to run at all. But I was really looking forward to the New Balance Power Run tomorrow. I snapped up the last 5K race kit at Planet Sports Trinoma a few weeks ago and had the singlet laundered already so it would lose that “fresh-from-the-factory” scent. This whole week, I’d already laid out what I was planning to wear. Despite news that a typhoon would make landfall this weekend, I even vowed I would run in the rain, since the typhoon would be on its way out by Saturday evening. Yes, I was going to run in short shorts.

That was before I woke up this morning to the sound of Typhoon Ondoy beating down on my roof. Since Metro Manila wasn’t supposed to be directly hit, nobody expected rain like we saw today. The horizon was white with it, the sky was dark with it, and it showed no signs of stopping.

My house stands on a little hill next to a creek. While normally the creek is a small quiet trickle, the torrential rain pumped up the volume until it became a raging river threatening to overflow its banks. Around our lot, the streets were already flowing with their own mini-streams.

[youtube=http://www.youtube.com/watch?v=RONPvaepLSE&w=400&h=344]
I took this video from the second floor.

Thankfully, earlier in the day New Balance race organizers made an announcement postponing the race — to November, since all the succeeding weekends in Fort Bonifacio had already been booked. On the bright side, I would never have run in this kind of rain so it’s great that I’ll still get a chance to do the race instead of flushing the registration fee down the drain.

My next running event will be the Race for Life on October 10. Organized by the Real Life Foundation, it’s for the benefit of high school and college scholars from underprivileged families in Pasig. This is the second year it’s being held, but the first time I’ll be able to join it. There better not be any rain on that weekend — in fact, I’m gonna pray for just that!

For information on how to aid the flood-stricken, check out Manuel L. Quezon III’s post How to Help.